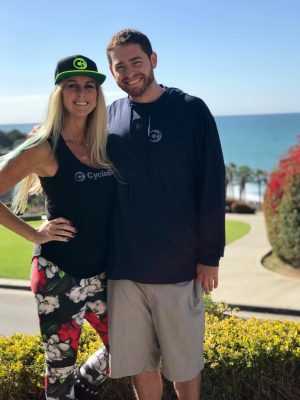 JANUARY 10, 2017
I received the following text message from a customer…
Your new employee Boomer Rose. He has a history of drug use.  On supervised probation.  Everyone deserves a second chance. We all make mistakes but just want you to be aware.

Iâ€™ve spent a good portion of my morning reading articles debating what Indoor Cycling should and shouldnâ€™t be.  In one of the articles, Karen Casler of CB CycleBarn® discusses her childhood, constantly searching for a place to fit in and trying to find acceptance.  As an adult, she yearned for a place where others like her could find a safe environment and where they could be themselves.  A place that no matter what or who they were … they BELONGED.   It is under that principle, that CB CycleBarn® … aka … TheBarn was born.  I too have spent most of my life trying to find somewhere that I felt accepted.  The moment that I walked into TheBarn I found that place.  A place that is more than just an Indoor Cycling and Fitness studio.   A place that I take pride in being a member of. I walk in everyday proud to be apart of the primary purpose: Bettering ourselves “one pedal stroke at a time”.

NOW … LETâ€™S BACKTRACK
I had never met Karen Casler before February of 2016.
I had known that we have a sister for most of my life and that she had been given up for adoption at birth. I almost came to tears on the Jail phone in a pod full of 50 strangers when I heard the news that our sister had used DNA to piece together her past and to find us. 3 Days later, on February 5th, I was released from Jail. It was my first stint in Jail and it was Her birthday.  When the offer was made for me to move from Virginia to California in November of 2017 I didnâ€™t even have to think it over. I instantly agreed.

Looking back, the decision was somewhat crazy considering Karen and I had just recently met each other and collectively spent less than 24 hours around each other our ENTIRE LIVES.  The opportunity to get to know my sister and her family was one that I simply could not pass up.   I packed my whole life in a suitcase (36 pounds in total) and left my 4-year-old son and everything I have ever known behind. I awoke on January 8th and looked out on the Pacific Ocean for the first time in the daylight I felt as though I was dreaming.  “I donâ€™t deserve to be here” I thought to myself.

That morning Karen and I loaded into the car and headed off for my first trip to TheBarn.  In the car on the way there we talked and she mentioned “I bet you would be a great cycling instructor.”  I agreed with her.  Coming from a theater and athletic background, it might be a possibility but I didnâ€™t take it seriously.  At TheBarn, I took my first cycling class.  I clipped in and within the first 5 minutes I realized this was It.  This was the CHEESE I had been looking for.  A dark room, filled with loud music, full of people silently moving together.  Working together.  For the same common purpose.  To better ourselves.  That first class I was able to check out of my life and all my wrong doings for 45 minutes and everything that was weighing on me disappeared.  It was just me and the bike.  Nothing else mattered.

FAST FORWARD … 7 WEEKS
Today is February 26th.
I have been in California almost 2 months.
Four weeks ago, I celebrated my 1st year in recovery.  Today, I am 399 days clean.   I work at TheBarn.  It is a place that is more than a job to me.  I spend my time working, going to meetings, being active in my new church and getting to know Karen and my new family.  The experience has been the greatest blessing I have ever received.  Being apart of TheBarn Family brings me a feeling of pride I have never felt.  After much thinking the past few weeks I have decided to embark on the journey of becoming a cycling instructor.   The thought I brushed aside has now become a reality.   Iâ€™m driven to help others who are like me, to find a healthy outlet for their addictive personalities in their recovery.  My goal: to offer fun, safe and donation based rides to those suffering from the same disease as me.  To give others a healthy way to release the same emotions and endorphins that we found with drugs and alcohol.  The ability to safely work on our Mind, Bodies and Spirits. I have found in recovery it is important to focus on all three.  The first thing you should do when you get clean, is change everything.  I am excited for this adventure, humbled at the opportunity and grateful to be apart of TheBarn family.  So here I am, outing myself to the masses as an addict.  Hoping that those that are struggling know that they have someone safe to reach out too, and somewhere safe to work on themselves.  Itâ€™s about progress not perfection.

I sit here watching the waves of the Pacific Ocean crash against the shores of Calafia and reminisce on the events in my life that have brought me here, to THIS place, paradise.  My story isnâ€™t over yet.  This is just the beginning. 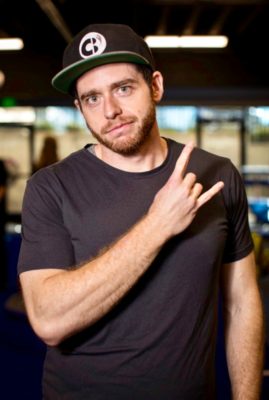 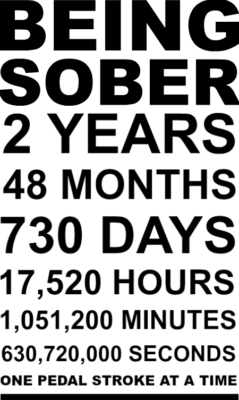 Boomer Rose is a BeatBoss & Schwinn® trained indoor cycling instructor with an AMAZING story.  From the moment he first clipped in, Boomer knew his life changed.  The ambience, atmosphere, and camaraderie of indoor cycling introduced the fact that a healthy high does exist.  If you were to ask Boomer, he'll tell you it's hard to believe or even imagine the life from which he came.  Here's WHY…

Boomer used to weigh over 300 pounds.  He had a history of drug/alcohol abuse, homelessness, had been to jail twice, and had never held a real job.  But … that was then and this is now … today, Boomer is a full time Crunch Fitness employee and teaches 3-8 cycle classes a week.  He is adulting on the daily, has formed healthy relationships, and is an inspiration to anyone who struggles with anything.  Most importantly, Boomer is happy, healthy, and strong!!!   Indoor Cycling literally changed his life.  Watch and listen as Boomer tells a little bit of his story here …….

Tonight, Boomer teaches a special and sold out indoor cycling class celebrating his 2 year milestone and it's going to be LIT!!! RockOn, Boomer Rose … ROCK ON!!! 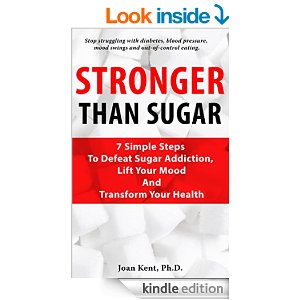 2/3/2015 UPDATE: ICI/PRO contributor Joan Kenk Ph.D. has published a new book on Sugar Addiction! So to celebrate her success I thought it would be helpful to republish her interview from 2011 – it was previously only for ICI/PRO members.

The first thirty seconds of the podcast will have you convinced she is the expert on the addictive qualities of sugar – and what to do about it.

Joan's book Stronger Than Sugar: 7 Simple Steps To Defeat Sugar Addiction, Lift Your Mood and Transform Your Health should be something you share with all of your participants interested in weight loss… which is all of them!

As I was preparing this interview I went back and counted… Dr. Joan Kent is the 20th different Master Instructor that I've had the privilege of interviewing for the Indoor Cycle Instructor Podcast!

We have dozens of articles by Dr. Joan Kent on sugar addiction and weight loss.

Dr. Kent is a Master Instructor with The Indoor Cycling Group of North America and she holds a Doctorate in psychoactive nutrition; the study of how foods effect brain chemistry along with a Masters in Exercise Physiology.

We got off of our intended track when I described an eating problem that I have and Joan helps me with a possible solution, one that maybe of interest to someone in you class.

Joan's suggested solution to my problem of yielding to sugar cravings after dinner was to take a spoonful of Super B Complex Vitamins. I'll let you know how it works 🙂

Order your copy (paperback or ebook) Stronger Than Sugar: 7 Simple Steps To Defeat Sugar Addiction, Lift Your Mood and Transform Your Health

After 37 years of waiting we finally have another ... END_OF_DOCUMENT_TOKEN_TO_BE_REPLACED