4/1/16 update – not an April Fools joke, rather I'm re-publishing this today to help a friend with this issue.

I heard a very disturbing story this morning, from a regular in my 6:00am class.

What follows is a sad example of what happens when an Instructor isn't the leader in the class and tolerates disruptive behavior by one or more members.

Member: Did you hear what happened yesterday? I'm really curious what will happen tomorrow.

Me: No… what happened, tell me.

Member: It was total anarchy. The guy behind me completely lost it. I guess he couldn't take her non-stop talking anymore and yelled, SHUT THE F*** UP at the women who was riding two places to his right, while she was talking loudly on her phone.

Me: Wait, she was on her phone… in the middle of class?

Member: Yeah, she had on hand covering her ear and was talking really loudly in a conversation that seemed to go on forever. A number of us gave the instructor pleading looks to ask her to do something. She just shrugged her shoulders with a “I can't do anything” look.

Member: That was only the beginning. What happened next was complete chaos. People started yelling at each other. It's was almost like the people who come to focus and really work hard were empowered by that guy expressing his frustrations with the talkers. They'd also had had enough and many joined in to support him. I couldn't believe all this was happening…

I can believe it. Our riders pay a lot of money to be members. They're also polite people who tend to sit quietly, even though internally they're seething inside, being forced to endure frequent (in some classes constant) disruptions, when all they want is to listen to the music and work hard. I've been told by members, on multiple occasions, that they appreciate how I try to keep disruptions to a minimum.

I can also understand how, for some Instructors, it is difficult to be the leader and impose order on his/her class. Indoor Cycling classes are supposed to be a fun experience – not a contentious time when we need to act more like a strict parent, than a personable, fitness Instructor.

Thinking back, I don't remember “Leadership Skills” being included in any of the certification programs I've taken. Which I feel is a mistake. It's my belief that learning to be the leader in your class is the most important role you have in your studio – especially for new Instructors and a critical skill for anyone teaching in a Big Box studio with a large & diverse membership.

Understanding that many Instructors aren't natural “leaders” I have written a bunch of articles that I hope will explain; WHY your class needs you to be the leader, signs that some in class don't accept and/or respect your leadership, and what you can do to assert your proper role – even if you haven't in the past.

Stop the Talkers — Step One… Identify The Real Issue

Thereâ€™s a recurring issue that keeps popping up on Facebook and Pedal-On forum:

Does anyone have a suggestion about to do about the consistent talkers in my classes? Theyâ€™re really disruptive, but I donâ€™t what to offend anyone. What should I do?

Stop the Talkers — Step Two… Itâ€™s an issue of disrespect, but why?

So if in one instance people are disrespecting you and the otherâ€™s in your class by talking, but in a different situation they wouldnâ€™t, the obvious question to ask is WHY? Why do people act disrespectfully?

The whole concept of why people do what they do is fascinating to me. Back in 2011 I introduced you to the concept of Start with WHY and that itâ€™s important to understand WHY you are doing what you do… and WHY some of your participants do what they do.

Your class participants and manager/owner are expecting you to be the leader of your class.

You'll find additional suggestions on developing as the leader of your class (or outdoors as a ride leader) here. 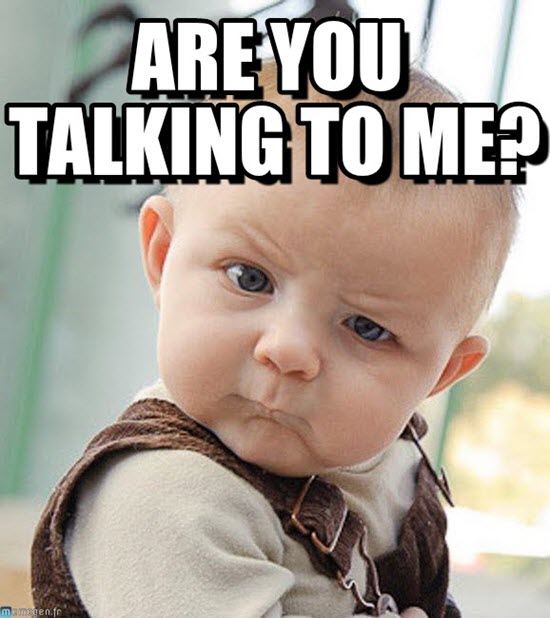 It seems I made a few enemies on Wednesday. I subbed a “Housewives” 9:30 am class that had a bunch of talkers in it. I'm not too tolerant of people disrupting my class. So I asked them to please save their conversations until after class. As it turns out, a regular of mine overheard a conversation the following day, between the scheduled Instructor and a few of the participants. Though you might enjoy seeing his email to Amy describing the exchange…

John Macgowan is on the unofficial Eden Prairie Housewives “hit list”.  You may want to let him know to keep a low profile and wear a disguise if going out and about in EP.

Thursday morning during his spin class he mentioned that he subbed for XXXX at 9:30 Wednesday.  I had scheduled interviews with some candidates for a job and used the restaurant at LTF (Life Time Fitness where I teach) this morning.

Had a two hour break so was able to go to XXXX's 9:30 and those housewives were giving XXXX hell because “the sub instructor” (John) worked them too hard and (here is the best part) seemed annoyed because they wanted to carry on conversations during the class.

I personally have complained to XXXX multiple times about the nonstop talking in her class and went so far as to call XXXX (Dept Head) about it.  I held my tongue for as long as I could this morning, then I let those housewives have it.

You (Amy), Adam and John run organized classes, XXXX's tends to be a yard sale, but she is a really strong instructor.  This morning I proceeded to say something along the lines of if you want social hour go upstairs and have it there and don't criticize the instructor for properly managing a class.

I also referred to the loudest and most annoying lady in the class as a manatee who should be more focused on the workout and less on annoying the entire class.  Needless to say, I probably need a disguise now as well.

Kind of made my day to hear John overwhelmed them. Hope you all are well. Happy Friday!! See you tomorrow. 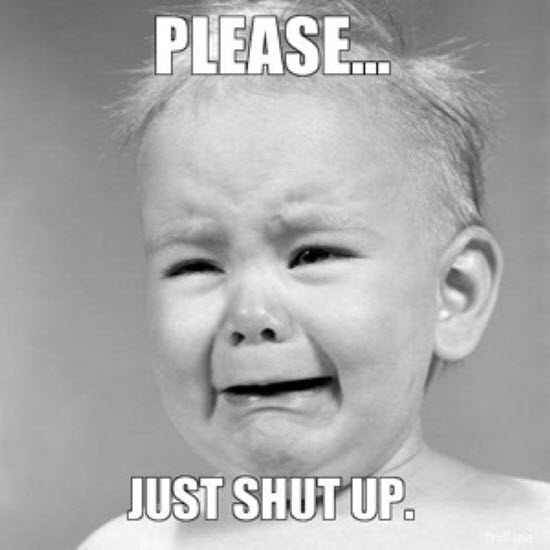 There's a recurring issue that keeps popping up on Facebook and Pedal-On forum:

Does anyone have a suggestion about to do about the consistent talkers in my classes? They're really disruptive, but I don't what to offend anyone. What should I do?

What follows are a series of well meaning suggestions from other Instructors; turn down the music, make a light joke – you don't want me to have to split you two up, do you?, stand between them, etc.

Others state something like; it's their ride, they're the paying customer, so I let them talk.

I don't feel any of these simple solutions are directed at the real problem or identify the real cause. In many cases there are no “simple” solutions. There will be a number of you won't be comfortable with the solutions I do plan to share. But before I go any further, I'd like your responses to what you see as the fundamental difference between these two scenarios:

Breathless Betty and Chatty Cathy are long time fixtures at your club. They are inseparable and always ride the same two bikes (second row from the front, just off center) they have for years. They're talking as they come in and continue, non-stop, through your's (and everyone else's) class. Betty spends much of the class sitting up, soft pedaling, while looking and listening to Cathy. Cathy from a distance appears to be following the class, but never shuts up.

You've tried everything you can think of and have even asked them both privately to please stop talking in class. They don't. To make matters worse they've complained to the GM how they feel you've embarrassed them.

Despite your best efforts to ignore them, the negative affect these two have on you is wearing. Rather than being excited about teaching, you feel anxious, powerless and your class presentation suffers – resulting in fewer participants.

You are super excited! You've staked out two great bikes (second row from the front, just off center) for Josh Taylor's Fighter Pilot ride at WSSC. Joining you for the ride is your dear friend Susan, who you only see once a year when you're together in Miami. You both laugh about how expensive this ride is, but agree that it will be so worth every penny. Josh mounts his custom Blade Ion. The lights come down. And with the start of the music, Josh launches into the ride.

Ten minutes in Susan looks over at you and asks; “so… how are your kids?” You're shocked in disbelief; doesn't she realize where we are? Without even thinking you turn to Susan and place your index finger across your closed lips > the universal sign for “Be Quiet”. Susan gets the hint immediately and you sense her embarrassment. The two of you ride in silence for the remaining time of the ride.

So what's the difference?

Why do Breathless Betty and Chatty Cathy not behave the same way that you and Susan did at WSSC?

In part two we'll explore what I feel is the answer to this and why, exactly, this happens.

After 37 years of waiting we finally have another ... END_OF_DOCUMENT_TOKEN_TO_BE_REPLACED