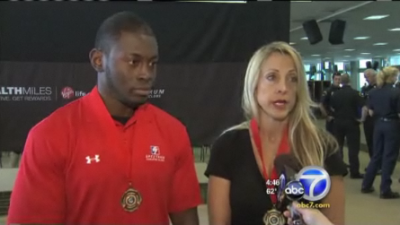 Here is a refreshing bit of good news: two employees of the Santa Monica Spectrum Athletic club's quick action and an AED saved the life of a participant who was having a heart attack during a class last week. Although they don't identify Tracy Smith as the Instructor in the class, based on her interview in this video I'm guessing that she was. Tracy, along with another employee Amaud Mitchell quickly performed CPR and then administered the AED, saving the man's life. Hats off to both of you:)

Do you have an AED at your club? Have you been trained to use it? 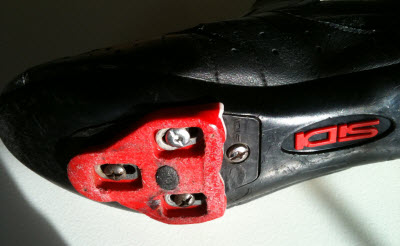 When they squeak, it's time for new cleats.

Everyone listened to squeak – squeak – squeak, from one person in the front row, for the entire two hour endurance ride Amy and I taught on New Year's day. I knew exactly what was causing it and it was everything I could do not to go down and ask this person to leave. It was driving me crazy!

After class I explained to him that the trouble was his cleats were worn out. I asked that he replace them before the next class. His response was that he thought it was something with the bike. I told him how I have used Look pedals for years and the squeak they make when worn out was unmistakable.

“I'll spray them with something… so they don't make noise.”

While this sounds like a reasonable solution, I advised him against it telling him it's a real safety issue. You never want to spray a lubricant on Look cleats because:

While I'm on the subject: when was the last time someone tested and adjusted the release tension on the bikes in your studio? SPD cleats, while not having the wear issues of Look cleats, still need to be checked for the proper release tension. I have found that the easiest way to do this is to take a shoe with new cleats and, holding the shoe with your hand, test that they engage and release with a reasonable amount of effort. Try it on a few and you will quickly learn what feels right.

It just may prevent an injury during one of your big sprint finishes! 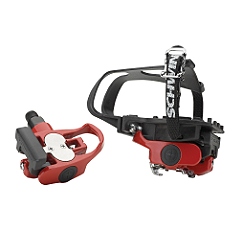 One last thing … for years clubs using the Schwinn Triple Link pedals (the Red Pedals with the removable shoe baskets) purposely set the release tension very low. This was so Instructors could remove shoe baskets without hurting themselves  but in the process created a potential safety hazard.  Now that my Red Pedal Tool for Schwinn Triple Link Pedals is available there is no reason not to set these pedals correctly.

Here's part two of It Isn't Staying Green from ... END_OF_DOCUMENT_TOKEN_TO_BE_REPLACED