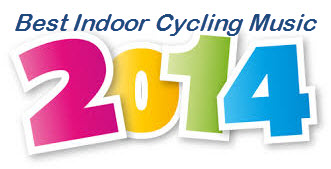 2014 was another great year for music. Many of the songs that made my list this year dropped in the second half of the year and a few actually came out in 2013 with remixes that dropped in 2014. And I may have cheated here or there with songs that came out in late 2013 and didnâ€™t fall on my radar until this year. Regardless, Iâ€™m sure youâ€™ll find something you can use in this list. Maybe youâ€™ll even find something new to you, or a song you had used earlier in the year but had forgotten about. You might even consider putting together a playlist including some of these favorites for your class to ring in 2015.

1.Lips Are Movinâ€™ by Meghan Trainor: I like this one (at least for cycling) so much better than All About That Bass. Theyâ€™re both fun, light songs that can always elicit smiles. How I used it: standing climb, warm up

2.Geronimo by Sheppard: Thereâ€™s nothing NOT to love about this totally catchy tune. How I used it: standing climb, seated climb, warm up

3.Shot Me Down-feat.Skylar Grey by David Guetta: I love this adaptation of Nancy Sinatraâ€™s ‘Bang Bangâ€™ featuring Skylar Grey. It starts out slow and then builds, slows again and finishes with a strong beat. How I used it: alternating seated/standing climb

4.I Bet My Life by Imagine Dragons: This single was released on October 27 to promote their upcoming album Smoke and Mirrors. A big contender for my favorite song of the year. How I used it: standing climb with standing accelerations on the chorus

5.Turn Down For What by DJ Snake, Lil Jon: Technically, this song came out at the very end of 2013, but I didnâ€™t start using it until 2014. Rolling Stone voted it as the 2nd best song of 2014 and I have to agree. How I used it: seated flat with accelerations on the chorus

6.Love Runs Out by OneRepublic: This song was supposed to be the first single from OneRepublicâ€™s album Native, but apparently it wasnâ€™t finished in time. It came out in 2014 with the re-release of the album, and itâ€™s just as amazing as the rest of the songs on Native. How I used it: seated or standing climb/ warm up *Check out the remixes.

7.Fireball by Pitbull, John Ryan: My classes canâ€™t get enough Pitbull, so I was so excited when this song was released in July. The horn melody at the end of each chorus sounds a lot like the Champâ€™s ‘Tequilaâ€™. Itâ€™s just a fun song with a ton of great Pitbull energy. How I used it: standing climb

8.All of Me-Tiestoâ€™s Birthday Treatment Remix-Radio Edit by John Legend : All of Me, the original, came out in 2013, and this remix dropped in early 2014. While remixes donâ€™t always work for me, this one really did and I love using it in my classes. How I used it: standing or seated climb

9.Animals by Martin Garrix: Another song that officially dropped in 2013, but I didnâ€™t really start using it until 2014 so itâ€™s going on the list. How I used it: alternating seated/standing climb *Check out the remixes.

10.Uptown Funk by Mark Ronson, Bruno Mars: This single was just released in November. I love the guest vocals by Bruno Mars and the retro sound. How I used it: This is a tough one at just under 60 RPMs, but we donâ€™t always pedal to the beat. Iâ€™ve used this one as both a standing climb and a warm up.

11.Come With Me Now by KONGOS : This song by South African band KONGOS was initially released in 2011 but just found commercial success in the US this year. Iâ€™m voting for this one as my favorite of 2014. How I used it: seated fast flat road

12.Delirious (Boneless) by Steve Aoki, Chris Lake, Tujarr : This is one of those songs that has a great beat and just keeps your pedals moving. There are several different remixes to choose from as well. How I used it: standing climb *Check out the remixes.

13.Raging Fire by Phillip Phillips: I would definitely say this song is every bit as good as his previously released Home. How I used it: jumps on a hill, seated accelerations on the chorus

14.Sing by Ed Sheeran: This song was written by Sheeran and Pharrell Williams. Williams also provides uncredited background vocals. How I used it: alternating seated/standing climb

15.Centuries by Fall Out Boy: This song was released in September as a lead single for their upcoming album American Beauty/American Psycho. How I used it: seated flat road

17. Hoochie Coochie by Band of Skulls: At 2 minutes and 40 seconds, itâ€™s short and sweet. Itâ€™s around 75 RPMs, so itâ€™s just between a seated flat and seated climb-your choice.

18. Shut up And Dance by Walk the Moon: Another very recent release that Iâ€™ve loved using lately. It has a catchy beat and itâ€™s just fun and lively. How I used it: seated or standing climb

19.Come Get It Bae by Pharrell Williams : Pharrell pretty much became a household name this year. How could I not use one of his songs? How I used it: seated or standing climb, warm up

20. Take Me To Church by Hozier: This song has been on my repeat radar since I discovered it. Apparently Iâ€™m not the only one because it has received a Grammy nomination for Song of the Year! I will definitely be rooting for this one to win. How I used it: cool down

There you have it. My top 20 of 2014. It was so hard to decide which ones would make the list and if you asked me on a different day, the list might look completely different. I know there are so many great songs that didnâ€™t quite make it, so hereâ€™s a list of honorable mentions:

Blame by Calvin Harris, John Newman (check out the remixes)

All About That Bass by Meghan Trainor

The Days by Avicii

The Nights by Avicii

Am I Wrong by Nico & Vinz

A Sky Full of Stars by Coldplay

Angel in Blue Jeans by Train

The Man By Aloe Blacc

Can You Do This by Aloe Blacc

Ten Feet Tall by Afrojack, Wrabel (check out the remixes)

The Soundmaker by Rodrigo y Gabriela

Fever by The Black Keys

Hereâ€™s the Spotify playlist which includes all of the songs mentioned:

What do you think? Did I get it right? Did I miss any? I welcome your comments and music suggestions. 🙂 Hereâ€™s to a happy and healthy new year filled with some great new music! 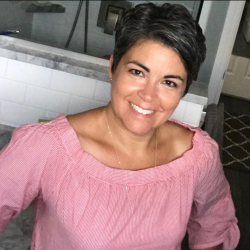 Here's part two of It Isn't Staying Green from ... END_OF_DOCUMENT_TOKEN_TO_BE_REPLACED