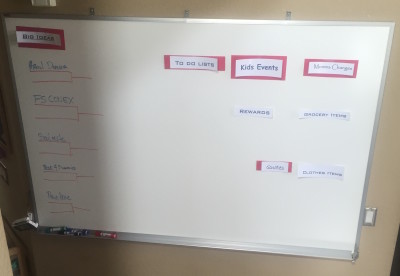 Finding the “meaning behind change”

Have you ever sat an noticed how sometimes “things just work out?” Iâ€™ve been seeing this A LOT in my life over the last two years. And for BIG things too !! At first I just would say to myself “well thank god that one thing didnâ€™t work out because now THIS thing is working perfect.” But then I would move on and forget it. It wasnâ€™t until recently that I have begun to see things much different. Let me explain.

So before when this would happen, I would not become aware until after the “other thing” would happen.  Are ya confused ? Let me try and put this in a stripped down metaphor because I donâ€™t want to tie this into any one thing that has happened to me over the last two years. And to hit the point home, letâ€™s use a very drastic example that is totally fictional lol

So letâ€™s say I have a big party planned and have spent months getting ready for it. Iâ€™ve invited people, bought supplies, and am extremely excited for this party. Now letâ€™s assume the city comes to me and says “You need a permit for that party and since the party is tomorrow you wonâ€™t have time to get one and so move our party somewhere else. “  Ugh,  Right ?????!!!!!

Now lets say you move the party and while at this party a few things happen. First, because you moved it, more people show up. Win right ?? But then letâ€™s say you turn on the TV in the background and on the news is the original party site completely engulfed in flames with a big headline at the bottom of the screen “Huge Meteor the size of pick p truck crashes into event center.” Haha  Of course none of this happened to me, but you get the point. Suddenly the seemingly bad change of plans for moving your party has quickly become a LIFE SAVING decision right ?? Well thatâ€™s how I used to view “Bad changes or cancellations” that happen around me. And I used to get so upset or frustrated if something didnâ€™t happen, or is someone cancelled, or if something in my life didnâ€™t happen exactly the way I thought it was going to happen.  Iâ€™m changing my silly ways though.

Itâ€™s very possible that I have way to much alone time to think of these types of things haha  In fact, the more i think about it the more i realize that i am just building a story around a very common and well know quote that goes something like “When one door closes, another one opens.” But that quote doesnâ€™t resonate with me the way my Meteor story does lol

So letâ€™s tell that story in a slightly different way =)

Letâ€™s say you get the call to move the event to another location because thereâ€™s no permit. This time, rather than be upset or angry, instead stop in your tracks and tell yourself…….”This must mean something BIGGER AND BETTER is supposed to happen!!”  Then you anxiously pack up all the party gear to move to that new location and wait with over the top anticipation at the MUCH better plan the universe has for you. Just imagine the benefits and loss of angry moments if you could take on that new paradigm !!

Iâ€™m not joking, I can literally list 10 BIG things that in my life the last two years did not work out the way I thought it was meant to, but the way it ended up going was exponentially better =) Things so big and so meaningful that I know itâ€™s not coincidence and that this “formula” I plan to adopt into my life is going to have big and powerful positive consequences =) I couldnâ€™t be more excited !!!

Here are some steps I am taking and maybe you want to do the same.  Unfortunately this post will most likely not translate to being an instructor, but at the end of the post I will explain what I plan to do about that.

First, I chose a number that is comfortable to me. That number happens to be (5) Five. Five has always been my lucky number and one that resonates to me in so many ways. I met my ex wife and she also had 5 as her lucky number and like me she used it in everything, even her Jersey for soccer her whole life. And together we created two of the best kids EVER !! So there ya go haha  We may not be married anymore, but what our time together created is the best gift I have ever been given so NO REGRETS BABY !!! =)

Anyway, I took the number five and I wrote down 5 big ideas. A few are personal/family related, a few are business and work related, and one is strictly focused on finding my soul mate hehe  But all of these are ones that I connect with on every level. When I look at this list I “feel” something on both the mental and physical level. My opinion is that for this to work, these have to be things that give you a “FEELING” and not just random things that would be “niceâ€™ if they happened. So find things that rev you up !!! =)

The next thing I did was bought a Dry erase board. Now this may not work for you if you are married or living with someone who has very specific home decorating ideas for the home haha. I literally went and bought a 4 foot by 8 foot Dry erase board and hung it at the bottom of my stairs so that every morning itâ€™s staring me right in the face !!! (I will take a photo and have Dennis post it for ya).  lol. I am and have always been a Very visual person. “Tell” me a story and you may get my attention, BUT put some pictures with it and now you have my “understanding.” So for me the big board is how I will keep my focus on my top 5 !! Think about this and if for you just having a sheet of paper folded in your wallet works, then do that. If a note on the IPhone is your thing, do that. But put this list IN YOUR FACE on a daily basis. And if i had time, I would share with you how this worked for me 8 years ago and I didnâ€™t even know it. In fact, maybe at the end of the post i will slap that in here so if curious you can see what I mean. Anyway……..

Now that you have your chosen number of items (mine was 5 remember lol), you have your chosen way of displaying them (Mine is the large Dry Erase board), NOW right that list in a way that triggers your brain cells to ACT haha. So what I did was used the whole “Basketball Final Four Bracket” deal haha. If you donâ€™t already know this about me, I rarely ever watch any sports. Iâ€™m just not interested in watching someone else play, Iâ€™d rather be playing. But I know enough to know that this time of year people are all talking about their “Brackets” lol so thatâ€™s what I did. And hopefully you will see a photo if Dennis can post the photo.

Instead of putting two things in your bracket , put the Idea/plan/wish on the top line and then leave the one below t blank. Fill out the outcome though.  Now chase “Big Idea #1” like a dog chasing a bone !! Every day work towards “Big Idea #1” until you reach it, ORRRRRRR until something gets in the way and changes your path. When and if that happens, put that in the bottom bracket. Then work the crap out of THAT new plan and see if the “Outcome Changes.” Iâ€™m venturing to guess that if you follow this path, stay positive and excited about the change the effected the bracket, that the outcome you get will not only be better but will also be one that when you look back you will say “thank god i was forced to change because the original idea now looks less attractive and would not have brought me as much joy !!

See below for my poor attempt to display a bracket haha

So thatâ€™s it for this weeks post. As I said in last weeks post, I am “on a mission to create a better life for me and the kids” and I am sharing with you my road map to do so. And if some or all of these things works, then we will know how we did it.

Two things before you go. First, read below if you want to keep reading my posts as I need to make a decision about whether i should continue with this platform. Second,  I will share briefly how 8 years ago this worked for me on a smaller scale and didnâ€™t really recall until this wekend that it did.

Thank you and I hope some of this resonates with you !!

After 37 years of waiting we finally have another ... END_OF_DOCUMENT_TOKEN_TO_BE_REPLACED