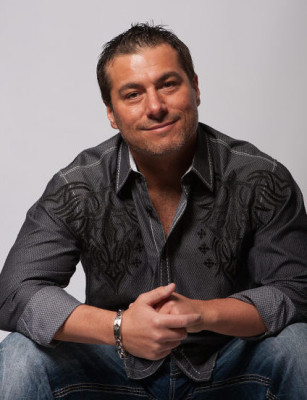 I happen to put on the Secret in the background while I worked. If you read earlier posts, I have given up listening to conspiracy documentaries and so I need something to replace that with. haha And although I have watched or listened to the secret 50 times, I can honestly say I have never watched it with this same insight and understanding of my current situation and so I feel as though this time I may get something new from the experience =)

So it gets to the part where Jack Canfield mentions his $100,000 check that he manifests and how he “had the idea while getting out of the shower.” This time though, that part of the movie spoke to me. And so I want to describe why and then attempt to tie it into being an instructor.

One of my big “Musts” for this year and all future years is to create a lifestyle of less financial stress, a more youthful energy and healthier body, and to find a way to spend more time with my kids and doing what I love. I know, I know, that's EVERY BODIES musts haha Maybe so, but I really think that as I have aged, my definition of all those things differ greatly from what I used to think and probably even MORE from what most people (especially younger) would say to define the things on my list. With age comes experience and with experience comes knowledge. If only it was reversed haha

Anyway, back to what happened for me when I heard him describe that “Out of shower experience.” It hit me that what I am going through in this very moment is what can (and Will) propel me to the things that I want, or will at least help me attain them. You see, I have wanted to be a public speaker for over 25 years. I literally would attend work conferences over a weekend and when most people skipped most speakers, I went out of my way to sit thru half of one, just so I could catch the second half of another. I would study them and how they spoke. I'd look for what worked for them and when people became engaged, AS WELL AS when they dis-engaged. I was convinced that it was my path !! But at the age of 45, the only speaking I get to do is to my kids when doing story time, OR to my class when I teach. Very fulfilling, but not ultimately what I think of when I dream of being a speaker.

One of the things, if not THE thing that has stopped me from going out and doing this is complete lack of confidence in this area. NOT lack of confidence in speaking, not at all. All I do is talk and I have a million stories and ideas !!! It's the lack of confidence in my ability to convince someone that I know what the hell I am taking about !! Why would someone listen to me and believe I have the answer to anything (is the words that echo in my head when I think of trying to visualize this as a career for me). And for YEARS I would tell myself “Jay you just need a story. Something bad has to happen to you that you overcome and THEN people will believe you have a clue.” Thoughts of getting cancer and beating it, or surviving a Plane crash, or even a hostage situation is ALL that I need to get peoples attention !!! I know, CRAZZZZZZYYYY !! lol

Then in 2008 the financial meltdown happened and I lost everything. Suddenly almost overnight everything I believed about my ability to be successful in business was gone. I tried for years to get hired back at what I used to do before starting my business but no one would hire me. Gained weight, stopped putting myself out there, and pretty much stopped believing I could recover. The “Motivational Speaker” dream suffered it's first serious blow.

Flash forward to two years ago and without wasting time on the details, let's just say that when I was FINALLY getting my feet back under me and starting to believe I could recapture the person I once thought I could be, life dealt me another major blow and this one was worse. My whole belief system on trust and love and commitment completely imploded and this turned me into someone who literally found myself saying “What's the fucking point??” DO NOT mis-read that !! I wasn't suicidal, not even close !! I was more of the feeling that why build up too many hopes and dreams because the Universe is gonna dish up whatever it dishes up and you just got to sit there and eat it. I mean when the person you gave everything to and who you trusted more than anyone ever on this earth shows you that you DO NOT matter overnight, it's kind of hard to look at the people around you that didn't play nearly as crucial a role in your life and assume they are going to do any better at being a true friend/partner/spouse, etc. So basically I have been fighting my way back for almost two years to a place where I want to believe that anything is STILL possible and want to give up on the negative baggage that I have carried for WAY too long !!

So now that you know the back story, I can tell you my “Big Epiphany” haha I have decided that my Journey, or my ROAD TO RECOVERY, is going to be my story !!! In a way, killing two birds with one big ass stone !!! I am going to take everything I am doing over the last month (You have to go read earlier posts if you want to know what I'm doing) and I am going to get myself to a place SO SUCCESSFUL that someone is going to ask how I did that and THEN not only will have have the end result to show them, I will ALSO have the road map I took to get there ! So NOW I will have the story to present to people, NOW I will have the story to write in books, NOW I will have the proof that I not only believed in the things that I read and practiced but I also DID those things and THAT is how and why I am happier, healthier, and have MY KIND of wealth which oddly enough doesn't consist of airplanes and yachts but instead looks more like a family life where we all go to bed with a warm blanket, full bellies, all bills being paid, and 3 to 4 weeks of family vacation. That is wealth to me these days.

The reason this whole plan speaks to me in conjunction with us as instructors is that we all teach or instruct based mostly on whatever format we were trained. We all use charts for Zone, BPM for heart rate, and so on. I would also bet that we all throw in a little of our own nuggets of knowledge too. If you're a triathlete or professional cyclist on the side than maybe what you add is something technical. If you're a story teller like me than maybe you add a quote that inspires someone to sprint harder. Who knows. But I ask you this……….are you sharing enough “nuggets” ?? Think outside the box on that one. Do you finish class and over hear someone telling their friend about an issue that you have been through and one which you could provide insight ? I mean, sure we always get the person asking “what do I do if my calf cramps up” and we have to answer those. But how many missed opportunities are there each class where you could spot something you have experience in and solve that problem just by showing this person “you've been there and this is how I fixed it.” ?????? It could be something in how they peddle, something in how they breath, or maybe even something more personal like parenting or spousal issues. I'm not sure when we gave up the reigns to facebook for solving every ones problems but I can tell you from experience that the best advise is hearing it face to face from someone who has been there and has the scars to prove it. Now go give out some NUGGETS !! Peace. 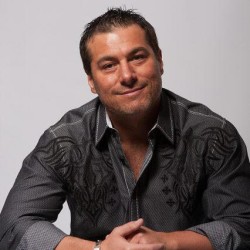 After 37 years of waiting we finally have another ... END_OF_DOCUMENT_TOKEN_TO_BE_REPLACED