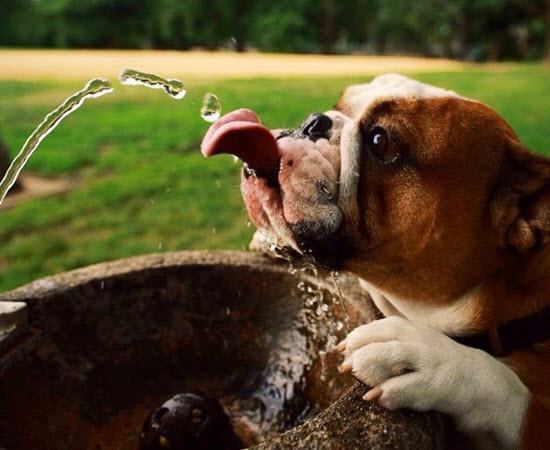 One thing I probably donâ€™t write about enough is dehydration and the problems it causes. Dehydration can start with a drop of as little as 1.5% of the bodyâ€™s water. The average level is around 60%.

One of many problems dehydration can cause is craving for sugar. This post is about how that happens.

Did Our Ancestors Crave Sugar When Thirsty?

When our bodies need water, it does make sense that we may feel an urge to seek food. I used to interpret that as a lack of awareness some of my clients had of the difference between thirst and hunger.

But thereâ€™s an evolutionary basis for it.

In the hunter/gatherer days, water wasnâ€™t always readily available. The search for food to supply water and quench thirst was logical. The vegetables or fruits that were so often eaten were high in water content.

Obviously, food options have changed dramatically over many centuries, but the urge to seek food when weâ€™re thirsty may still be with us. Dehydration activates both hunger and thirst centers in the brainâ€™s hypothalamus.

The inability to distinguish between thirst and hunger may still indicate a lack of awareness. But there are a few other reasons dehydration may trigger sugar cravings.

What Workouts Can Do

Post-exercise, dehydration often occurs. If the workout is long enough to continue past the onset of dehydration, the bodyâ€™s use of glycogen — carbohydrate stored in muscle — speeds up and reduces stored glycogen levels more rapidly. That makes a post-workout craving for carbs more likely, since carbs are used to create glycogen. The carbs we crave will often be for sugar.

In my experience, clients frequently crave fruit after a workout. That may reflect the evolutionary drive to obtain water from food.

Yet bananas are the most popular post-exercise fresh fruit choice Iâ€™ve observed — even though they contain less water (74%) than other fruits like watermelon, strawberries, grapefruit, cantaloupe (over 90%) or peaches, pineapple, raspberries and oranges (all around 88%).

So choosing a banana after a workout doesnâ€™t seem to mesh with the “water seeking” hypothesis.

Bananas are, however, relatively high in sugar (18g per cup), compared with many other fresh fruits that contain more water. The choice seems to be less about water and more about sugar.

As an aside, fruit is usually seen as healthful but can be addictive for those who are carb- and/or sugar-sensitive. More importantly in this context, fruit is absolutely not the best fuel for recovery after a workout, as Iâ€™ve covered in previous posts.

Dehydration can make it difficult for the liver, which uses water, to release glycogen and other components of stored energy. That can lead to food cravings, according to John Higgins, M.D., associate professor of cardiovascular medicine at the University of Texas in Houston and the chief of cardiology at Lyndon B. Johnson General Hospital.

Cravings for sweet foods are common at such times because the process of glycogen production involves water and glucose, the bodyâ€™s circulating sugar. Dehydration makes it more difficult for the body to produce glycogen.

Dehydration interferes with brain levels of serotonin. That can result in a lack of satiety — the feeling weâ€™ve had enough food and donâ€™t need to start a new meal for a while.

Low serotonin levels can trigger the desire to eat more, and also bring on food cravings, typically for carbs like sugar. It may even make us more impulsive, so the cravings become more difficult to resist.

Why Else Is Hydration Important?

Dehydration isnâ€™t just about sugar cravings. Many other reasons exist to stay hydrated. These include fatigue; dry mouth and bad breath; decreased mental performance; decreased athletic performance and an increase in perceived exertion; dry skin and loss of skin elasticity; constipation; irritability and other “off” moods; headaches; muscle cramps; dizziness; and fever or chills.

In one study in Physiology and Behavior, the number of driving errors doubled during a 2-hour drive when drivers were dehydrated.

A going rule for water consumption is to divide your body weight in pounds by 2. That gives you the number of ounces of water to drink to stay optimally hydrated. By this rule, a 160-lb person would need to drink 80 ounces of water, or ten 8-ounce glasses of water per day. At the very least, gauge your urine color. It should be very pale yellow, even clear.

Donâ€™t forget to figure in water losses for sweaty workouts and any dehydrating beverages you may drink, like coffee or cola. A tough cycling class, for example, may result in sweat losses of 1 to 2 quarts of water. Compensate by drinking more water.

Stay hydrated and healthy — and see if your cravings for sugar diminish.

After 37 years of waiting we finally have another ... END_OF_DOCUMENT_TOKEN_TO_BE_REPLACED