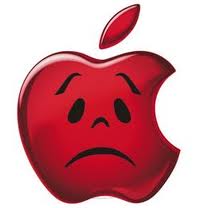 Computers and cars fall into the same scary category for me: I depend on them, with little knowledge of how they work and how to repair them when something goes wrong.

You may not know this- but I got very lucky (or chose wisely), as my husband John is quite a handy mechanic. Phew!  The car part is handled. He's also is very familiar with PC's and his brother, Dan, is a Microsoft top-certified technician, so for years I had the computer part handled too.

Last January, I entered a ‘brave new world' and purchased a MacBookPro. Why you ask? The much advertised virus-free intuitiveness of Apple intrigued me, along with the fact that 90% of the people in my new office use and support Apple.

It was a relatively painless transition to MacLand mentally and emotionally. The physical hardware transition has been disappointing. Maybe my expectations were too high, but I'm underwhelmed by a track pad failure / replacement 7 month's in, and then keyboard failure two weeks ago while in Jamaica. (Sign??? Clue??? Do not bring your computer on vacation to ‘work occasionally')?????

We arrived home late Sunday night, and early Monday morning I was on the phone with Apple Care- which is the name for the premium service and extended warranty I purchased. (I won't even get started on the ‘premium service' call wait times..worse than the airlines in the 80'S)!

After confirming it was, in fact, a hardware problem, I made an appointment that afternoon at an Apple Retail store at the Rosedale Mall in St. Paul, MN- about 30 miles from my house. This was the only Apple Retailer that had a keyboard in stock, facilitating replacement in one stop. (I can't function at my job without my computer- so fast turnaround is critical to me).

Long story short- the “Genius Dude”- Chris, told me I had liquid damage which voided my original and extended warranty. He proceeded to tell me the Apple Retail Store policy requires them to send out any machine with liquid damage for thorough testing- to the tune of $750. It's called a ‘Deep Dive'. Isn't that quaint?

Wow!  I know the Genius Dudes (and phone retailers) hear this all the time, but I can honestly and truthfully go to my grave knowing I never spilled liquid on my computer. I'm the only one that uses it, so the whole diagnosis was mystifying to me.

This sounds dramatic, but I was minutes away from biting the bullet and purchasing a new computer. In fact, Genius Dude- Chris, asked me to input my password so he could transfer all my information to my new computer. But wait….I can't type in my password, because my keyboard doesn't work. Chris grabbed a remote keyboard and plugged it in for me to type in my password. At that moment, the real genius (daughter Carly) looked at me and said, “Why don't you just by a keyboard for now and decide later what you want to do?” Why not indeed!

Later in the week, I decided to get a second opinion from MicroCenter, an Apple authorized dealer- but not an Apple Retail Store. The cost of admission was $40 for analysis and then we'd go from there.

Well….guess what? MicroCenter's Apple Level 2 Certified Technician- Mack, found no liquid damage what so ever and replaced my keyboard under warranty. Hallelujah! Vindicated! And here's the thing: Mack knew to look for damage (a large spot of coffee or hot chocolate per Genius Chris), as  I'd been very transparent about the first diagnosis.

Ever grateful, but wanting to get to the bottom of what happened at the Apple Retailer,  I braved the Saturday before Christmas crowds and trekked back to Rosedale Mall to enquire with the manager (or Apple calls them ‘Store Leaders'). I met Manager Hal Reynolds. I calmly (but firmly) explained what had transpired and showed him my MicroCenter paperwork stating no liquid damage. Manager Hal Reynolds would 1.) not acknowledge the opposing diagnosis, or 2.) apologize for anything. On the contrary, he told me he stands behind his technicians 100% and if they said there was liquid damage, there was liquid damage. In fact, he stated Mack at MicroCenter wasn't thorough enough to find it.  Manager Hal then provided a supposed picture of my computer keyboard with the damage- procured from Genius Dude Chris, who happened to be in the store that day, but never came out to talk to me. (Carly and I had since been kicking ourselves for not asking to see it on Monday!) The picture simply reinforced to me something funky was going on- because even I would have seen that stain on my keyboard upon opening up my computer for analysis. All failed Apple parts go back to the manufacturer, so MicroCenter would not be reimbursed for warranty parts/labor had they missed this huge stain. I actually wonder now- does the Rosedale Apple Store have a MLCK (master liquid compromised keyboard) that the Genius Dudes switch serial number stickers on as needed? Perhaps the Rosedale Apple Store was over budget on warranty work for 2014? Hmmmm….

Mid conversation, Manager Hal promptly excused himself to meet with another customer, telling me he'd be, “Right back.” 15 minutes later, I was still waiting at the Genius Bar for Hal to be “right back”. Wow! I left the Rosedale Apple Store without talking again to Hal Reynolds, solidifying my vow to never darken the doors of an Apple Retailer again.

What I've learned and want to pass along: 1.) if a technician says you have damage of any kind, ask to see it immediately- especially if it voids your warranty 2.) always get a second opinion 3.) good luck getting any satisfaction from Apple Retail 4.) MicroCenter gets all my business from now on and 5.) there is NO EXCUSE for bad customer service.

I am still working on taking this up the ladder at Apple. It's simply not okay.

My hope is this post will save one of you from the same experience I had. 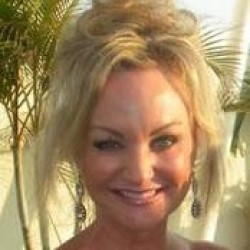 Amy Macgowan
Amy Macgowan started teaching group fitness 23 years ago.She holds the original Johnny G Spinning Cert, as well as Schwinn, ICG, Cycling Fusion and ACE Group Fitness. Although she has her own bike, she prefers to ride tandem with John whenever possible. Long rides are her favorites. You can find Amy and John leading group rides and the Minnesota MS 150 ride each year the first weekend in June.

Amy Macgowan started teaching group fitness 23 years ago. She holds the original Johnny G Spinning Cert, as well as Schwinn, ICG, Cycling Fusion and ACE Group Fitness. Although she has her own bike, she prefers to ride tandem with John whenever possible. Long rides are her favorites. You can find Amy and John leading group rides and the Minnesota MS 150 ride each year the first weekend in June.

Here's part two of It Isn't Staying Green from ... END_OF_DOCUMENT_TOKEN_TO_BE_REPLACED