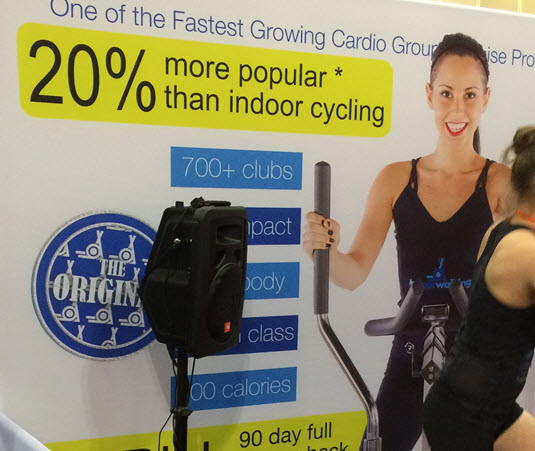 There was some self-delusion to go along with lots of new fitness products and services.

There were a few things of interest at IHRSA this year that I'd like to tell you about:

NOTE: I completely overestimated my available time to write my review of the Stages SC3 = I hope to have it completed by Sunday… but don't wait for me if you're planning to pull the trigger on a studio > The SC3 is a solid IC option and I wouldn't have any reservations recommending it for your new studio. 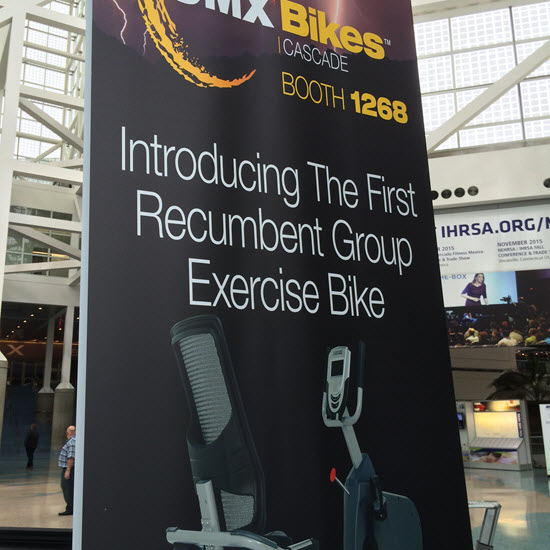 This banner was the very first thing you saw walking into the LA convention center. My first impression was; “that's dumb… who would ever want to ride a recumbent bicycle in an Indoor Cycling class?”

As I walked past this display I did a double take and then it hit me > there's a huge population of people who are intimidated by the skinny, little seats on Indoor Cycles.  Obese/overweight people for starters and you can't forget Seniors. Together they make up a sizable demographic that we are completely missing. They're two groups who would really benefit from the comfort of riding on a recumbent, with its large seat and easy to step through design.

UPDATE 3/16 – you can hear from a fitness director, who's been including recumbents in her classes with great success, in this podcast.

I talked at length with the representative from Cascade Health & Fitness about helping them establish a few beta recumbent cycling locations. They are very motivated to meet with anyone who's interested. Please let me know using our contact page. 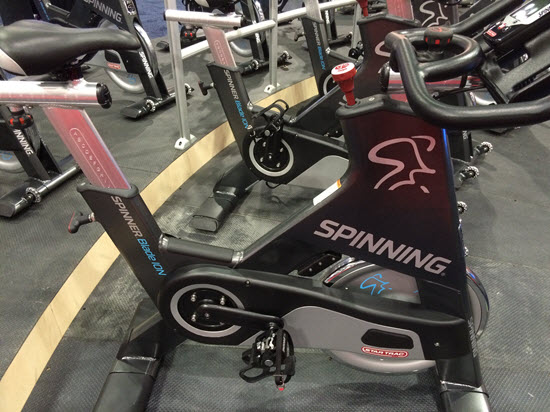 There's a belt hiding in there.

Star Trac has expanded their Black Belt option to the full line of commercial Spinner® Indoor Cycles, including the Blade Ion. But you wouldn't know it just by looking at it. Where the NXT carries the “Black Belt” logo on the frame, the Ion has no markings indicating if it's chain or belt drive.

I rode the Ion briefly and my initial impression was that this belt is both quiet and smooth. Yes you're missing the feel of the chain, but whatever they've done, the Ion didn't have the vague/weird feel some bikes using a similar flat belt have.

I discussed the question of, “why not use the Gates toothed belt?” with Mad Dogg Athletic's CEO John Baudhuin. John explained that they had experimented with the Gates belt years ago. What they found was a drive system that uses a heavily weighted flywheel just works better with the flat belt they've chosen. Which makes sense, the brands using the Gates belt (Schwinn/FreeMotion/Stages) all are using a much lighter flywheel. 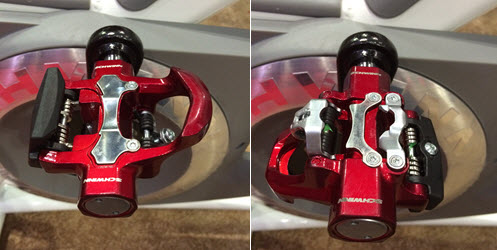 Schwinn has completely redesigned their Triple Link Indoor Cycling Pedal. No, unfortunately my Red Pedal Tool won't work with the redesigned shoe basket. This pedal has much larger bearings on both ends for increased reliability + they attach using the Morse Taper that's similar the Spinning® pedals.

NOTE: these can only be used with a new Schwinn AC – older versions use conventional 9/16s threaded pedals. I'm waiting on clarity from Schwinn to learn if this new pedal will be offered in a 9/16 threaded version. 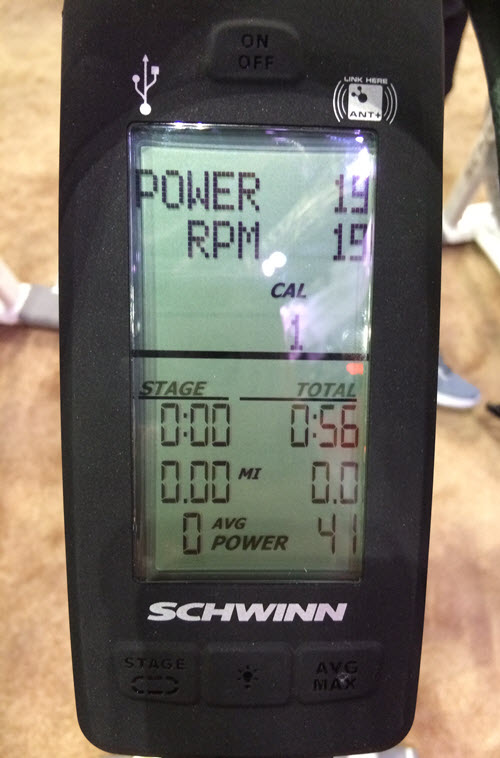 There's another upgraded Mpower Echelon (version 2) console and power meter for the AC performance. They've made a substantial number of changes and improvements to the (previously Red) Echelon console and I'm hoping to have a Schwinn representative on the podcast to discuss all of them soon.

Refresh your browser if you're not seeing the video above.
Did you know that the new M3i has a stage/interval timer? I didn't until Amy and I spent some time with Dennis Keiser. While we were chatting I made the suggestion; “you know Dennis, I would really like to have the option to record the average wattage during a short interval… you should consider adding that in the future.” Dennis's response was; “we all ready have it.” We all went over to a M3i and Dennis showed us (video above) how easy it is to start and stop the stage/interval timer > all you need to do is stroke the gear-shift lever all the way down and then back up 🙂

Here's part two of It Isn't Staying Green from ... END_OF_DOCUMENT_TOKEN_TO_BE_REPLACED