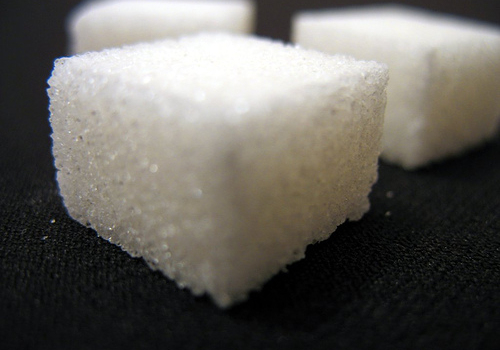 The sugar industry has powered its way through Washington as one of the most imposing lobbies, ever since the 1980s.

You may have read recently that sugar is under attack, specifically the industryâ€™s substantial federal subsidies.

At first that might seem like good news, but the primary leader of the attacks is none other than the Corn Refiners Association.

These days, everyone knows sugarâ€™s bad stuff. This ‘newâ€™ news is actually old news. As covered in a previous post, the original studies on the evils of sugar date back to the 1970s. That was before the sugar lobby gained its stronghold.

Once the sugar industry came into power, all nutritional hell broke loose. Fat became Dietary Enemy #1 — sadly, the fitness industry was all over that viewpoint — and US obesity became epidemic.

It took a couple of decades for the pendulum to swing back to sugar. Yes, itâ€™s about time.

But the worst news about the attack on sugar industry subsidies might have to do with whatâ€™s coming as a result. Logic tells us that, if the sugar industry loses its subsidies, sugar prices will skyrocket. In a perfect world, that might reduce sugar consumption, not unlike the decrease in smoking that followed sky-high cigarette prices.

The real, and unfortunately more realistic, nutrition danger is that demand for sweet foods wonâ€™t decrease.

One possibility is nothing will change. Hardcore sugar fans will simply pay the higher prices and keep eating their favorite desserts.

The other is that a cheaper alternative will be offered and devoured — exactly what the corn refiners must be plotting.

Much bad stuff has been written about HFCS — and it sparked controversy. Of course, the pro-HFCS side came from the Corn Refiners Association, so we can obviously ignore that as a highly vested interest.

Letâ€™s simply skip over the looming shift in power in Washington and stick with food — as if sugar in any of its forms could be considered food.

What Does The Science Show Us?

Studies comparing fructose to glucose have measured the response of the hypothalamus to the two sugars. The hypothalamus helps regulate signals of hunger and satiety, as well as reward and motivation.

In comparison tests, subjects consumed either a fructose-sweetened beverage or one sweetened by glucose. Within 15 minutes, test results showed substantial differences in the activity of the hypothalamus. Glucose reduced activity in the feeding center of the hypothalamus, but fructose prompted a small increase.

The glucose drink also increased the participantsâ€™ feelings of fullness, which suggests theyâ€™d be less likely to keep eating after having something sweetened with glucose. That might relate to its effect on insulin. Insulin plays a role in fullness and reducing food reward.

Fructose is metabolized differently by the body and triggers less insulin secretion than glucose does.

Sugar contains equal parts fructose and glucose. HFCS contains more fructose. All (all) research shows that fructose is the health troublemaker, not glucose.

Implications For Future Fructose Use

Obesity is epidemic and associated metabolic disorders (diabetes, hypertension, heart disease and more) are on the rise now, and largely because of sugar.

Imagine how bad things will get if sugar is replaced by HFCS.

Davis said, “Weâ€™re not real interested in climbing in bed with the corn lobby to accuse the sugar industry of being prostitutes. We oppose all forms of corporate welfare.”

Thatâ€™s a politicianâ€™s statement for sure, and this post will abstain from the politics of this issue.

And Iâ€™m certainly NOT pushing sugar over HFCS.

But wouldnâ€™t it have been astounding if Davisâ€™s second sentence had been, “We oppose all forms of sugar”??

Dr. Joan Kent Ph.D. specializes in helping people overcome food addictions so they can transform their health and stay that way. She’s a professional speaker, an ACE-Certified Health Coach, and a Ph.D. in psychoactive nutrition (how foods affect brain chemistry). She also has a master’s in exercise physiology. Joan’s expertise is in sugar addiction, cravings, binge eating, and reversing metabolic disorders and inflammatory conditions. She recently published her second book - Stronger Than Sugar: 7 Simple Steps To Defeat Sugar Addiction, Lift Your Mood and Transform Your Health.
Contact her at drjoan@foodaddictionsolutions.com

After 37 years of waiting we finally have another ... END_OF_DOCUMENT_TOKEN_TO_BE_REPLACED