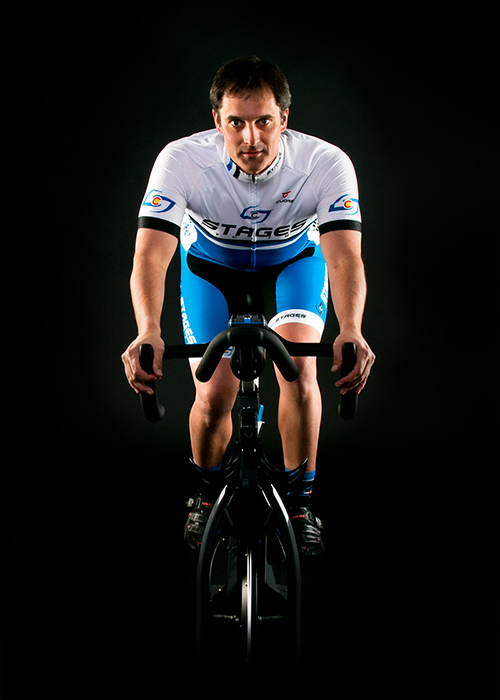 On Wednesday March 11th around 2:00pm I arrived in LAX to take part in my first IHRSA as a Master Educator for Stages Indoor Cycling. I was so excited that I went straight to the convention center to help the Stages team finish setting up our booth. I had been to the IHRSA convention before but never as an exhibitor. This time I got to see what happens “backstage” before all booths and exhibits are shipshape and the red carpet is laid.

As I walked into the Los Angeles Convention Center the place was buzzing with activity as all the exhibitors were putting the finishing touches on their booths, some of the Stages team had been setting up since Monday morning. Our booth is a reconditioned shipping container, that was bound for the landfill, and it”™s floor and stage are built out of Colorado beetle-kill pine. Most of the heavy lifting had already been done but we still needed to lay down our floor, test the audio/visual system, check and recheck all our bikes and make sure everything was spotless for this so very important new product launch. 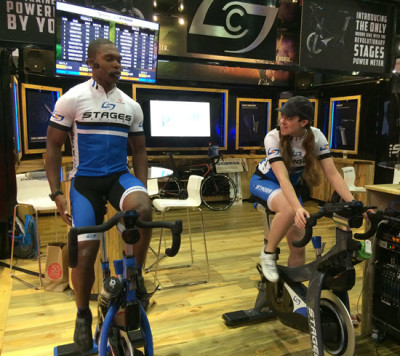 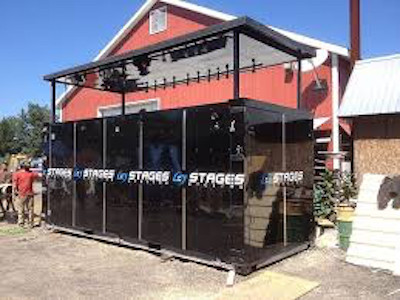 I also got to spend some time with my friend John Macgowan whom I credit with getting me noticed and hired by Stages Indoor Cycling. John is one of the most influential voices in indoor cycling and Stages was so confident that he would approve of their new indoor cycling bike that they sponsored his trip to IHRSA and gave him an exclusive first look. John and I talk weekly, but I was sworn to secrecy about this new bike so it was with great relief that I could finally share it with him. Here are the links to John's review of the new Stages SC Series Indoor Cycling Bike; Part 1, Part 2.

After the Stages team dinner we all made our way over to the IHRSA Opening Reception. For the past few years I have been very active on social media and "met" many smart and passionate people, some of them were here at IHRSA and I wanted to officially meet as many of them as possible. As I worked my way around the room catching up with some old friends and meeting new ones I saw John and Amy Macgowen chatting with the self proclaimed spokesperson for KEEPING IT FUN Indoor Cycling, Karen Casler. Karen may have been the most influential personality in indoor cycling this past year. She is the founder of CB CycleBarn in San Clemente California and has found a way to bridge the gap between Rhythm and Technical indoor cycling classes. The staff at CB Cycle Barn has taken the motto of "Give them what they want AND what they need" to a whole new level. Karen and I had been corresponding through e-mail and social media for some time now so it was great to finally meet her. When I learned I was going to be in California for IHRSA I contacted Karen to see if I could get a spot in one of her classes to experience the magic they were creating at The Barn. After a few conversations she invited me to not only take a class, but to teach one as well. Karen's energy and passion for fitness and indoor cycling are infectious, the rest of the evening was spent discussing how we can change lives on a bike that goes nowhere with John, Amy and Karen.

Early Thursday morning the Stages Education/Presenter team of Cameron Chinatti, Pam Benchley, Dunte Hector and I arrived at the Stages booth long before the rest of the team to discuss how we were going organize and present our early morning workouts. The Thursday morning workout was going to be for just the Stages team. The bike was so new that most of the team had never ridden it and we wanted to give them some saddle time as well as an opportunity to ride together as a team and burn off some of the pre-launch anxiety. This a very fit and competitive bunch so when you include the accountability of power and the ability to race with technology like Performance IQ you can expect to see some superhuman efforts. Some of our team ended up laid out on the floor recovering from max efforts, it was so much fun. After the ride we all gathered together for for short talk with our owner Jim Liggett. Jim spoke about the long process of building and bringing this bike to market. He also spoke about how hard it must have been for each of us to keep this amazing new product a secret for so long and that now it was our time to climb to the top of the cycling world, to show the world that we believe we have built the best indoor cycling bike in the industry. It felt like we were "popping the cork", all that pent-up energy was about to finally be released. We all excitedly rushed back to our hotels to get cleaned up and ready for "The Show".

The doors opened for the IHRSA attendees at 10:00am and the rest of the day went by like a blur. So many people, so much excitement, so much energy. We were't sure what to expect, but the positive feedback was so much more than expected. People loved the bike! The team at the Stages booth included the engineers who built the bike, the sales people who sell the bike, the education team who teach on the bike and the owner who paid for everything. There was not a question asked that could not be answered. Our marketing team also came up with a brilliant idea to keep the buzz around our booth throughout the day, The 60 Second Challenge! This challenge was very simple. The convention attendee, male and female, who could produce the highest 1 minute average wattage handicapped by weight (watts/kg or watts/lb) would win a Giant bike complete with a Sages Power Meter. Every few minutes we had attendees stepping up to the challenge and the entire Stages team, equipped with cowbells and clappers cheered them on, this made for a huge crowd around our booth for the entire day.  By the end of the day we had all lost our voices, our feet were hurting, we were tired, dehydrated and hungry but we loved every minute of it and all agreed the day was a HUGE success. After a bite to eat and a few celebratory toasts it was time for bed. Tomorrow we had another early morning and the eduction team had two sold out early morning workouts to show the world just what could be done on these new bikes. 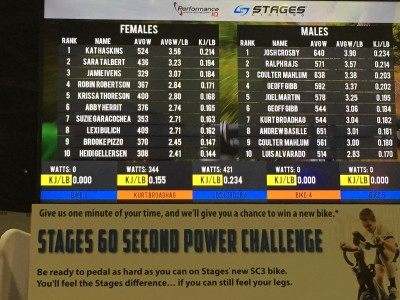 Cameron, Pam, Dunte and I were once again some of the first exhibitors to enter the convention hall. We knew this was a big day for all of us, this was our chance to show all the industry decision makers how this new bike was going to change the way people looked at indoor cycling and especially how to use power to create a fun and effective class experience. Our classes were a huge success, we did some basic sets and drills that showed everyone the special features of the bike, but we also included some relay races that got everyone really fired up and pushing it. Our two classes were sold out, but we also had at least 30-40 more people just observing the workouts, all in all we felt like the morning was another huge success. After a bunch of high fives and hugs we ran back to the hotel to shower and get ready for another day of proudly showing off the bike we believe will change the way we look at indoor cycling.

Friday was much like Thursday, lots of 60 Second Challenges and short demos, but it was a little slower and that gave me some time to explore the rest of the exhibits in the convention hall. I work for Stages Indoor Cycling but I teach indoor cycling at multiple locations and on many different bikes, though I would love it for all the facilities I instruct at to to purchase the new SC Series bikes I also know this is not a reality and this was my opportunity to check out the changes each manufacture was making to their bike. The changes I found were subtle but welcome like console improvements, handlebar shape, belt drives and pedals. The one technology that most every manufacturer was embracing is heads up displays like Performance IQ and Spivi. I believe this is the next "Big Thing" in indoor cycling and in a future post I'll write about my experience with Performance IQ at CB Cycle Barn.

As the show wound down we awarded Josh Crosby and Kat Haskins The 60 Second Challenge winners performed our last few demos for prospective buyers or other exhibitors who where only now getting a chance to check out our bike. It was now time to break down our booth. Many companies call in a group of laborers to do the grunt work for them, not the team at Stages, we all put on our work gloves and got busy. After about 3 hours the stage, booth, bikes and everything in it was packed up and ready to go to the next show and we were all ready for dinner and drinks. 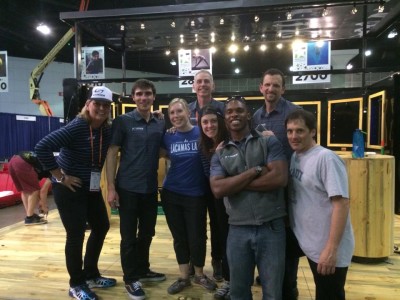 My first experience at IHRSA as an educator/presenter was not all glamor and glitz, but I wouldn't change a thing about it. I'm so excited to part of the Stages team that is so passionate about cycling both indoors and out and to be working in an industry that has to the power to change lives every day. 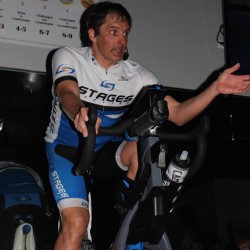 Dennis Mellon
Dennis is a Master Educator with Stages Indoor Cycling and has been a certified indoor cycling instructor since 1997. He is also a Certified Personal Trainer/Performance Enhancement Specialist through the National Academy of Sports Medicine.