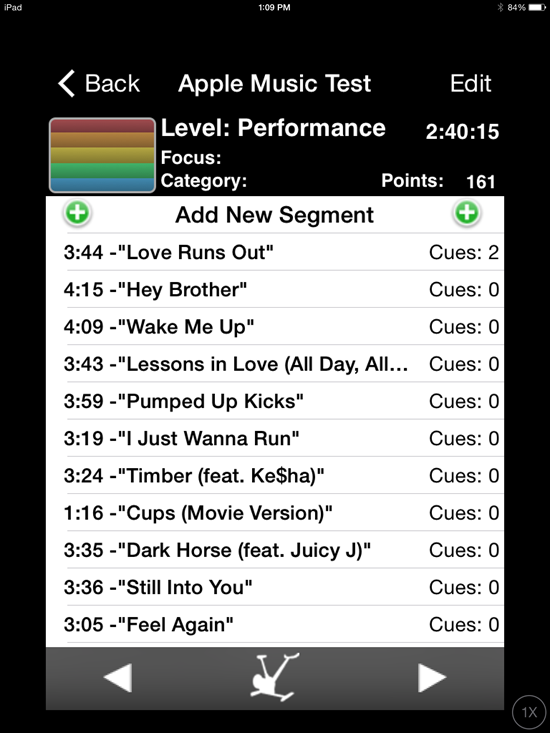 This person on Facebook said they both do... which would be very cool. So I renewed my efforts, fought through the confusion and she's right! I was able to open an Apple Music playlist that Dennis Mellon sent me, with either ClassBuilder or Class Tamer with my iPad*. I added a few cues and nearly everything worked perfectly - even in off-line mode. 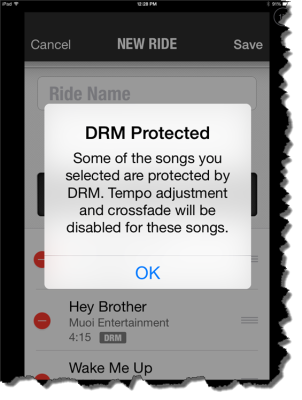 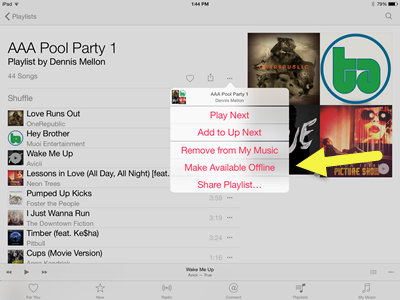 Tap the ... more icon for the off-line option.

When I tried to open it on my computer it repeatedly send me to the "Download iTunes" page - even though I had iTunes open. I rebooted everything and when I re-opened iTunes I could see the new playlist... but at this point I still can't drag the playlist onto my phone and sync using wifi or the cord.

Turns out that Apple had "issues" with their cloud service over the past two days = why I had zero success creating playlists and quit trying out of frustration.

At launch, many users had trouble adding new music to their libraries, due to an apparent bug with the iCloud Music Library, which wouldn't activate for some users (myself included). This feature, which allows you to sync your collection across devices, is apparently also required to add tracks to your collection in the first place (even if you're only using Apple Music on one device). Strange. Although Apple had apparently fixed the iCloud Music Library bug within a matter of hours, the fact that the service requires this extra step for such basic functionality is a head-scratcher. Nearly 24 hours later, the songs I've been saving in the app still aren't showing up under the "My Music" tab. Presumably that will change at some point.

Facebook has been in talks with major record labels with the intention of "getting into music", according to reports.

Sources close to the talks claim that they are still in the early stages, but suggest that Facebook is planning something "unique".