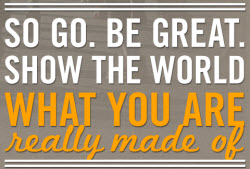 I spent the morning volunteering at the Life Time Fitness Commitment Day 5K run in downtown Minneapolis. It was the perfect morning to prove your commitment to fitness; sunny and 10° below zero... that's -10° Fahrenheit = painfully cold.

That's why the smart people like me volunteered, so we could stay inside where it was warm 🙂

I just wanted to tell you how much I enjoyed and how educational your recent Podcasts with Tom, Jay and Gene. Jay's idea of observations that would carry to real usage was really good. I never heard it approached like that. Or maybe it was in a previous one that missed.  After Tom's session on new riders, I changed the name of my beginners to "Foundations" and reshaped it a bit.. Thanks for that!  Finally, Gene's session on new riders.  It too was really good.  I was also pleased that I really was doing some of his ideas.

As a note I never ask new riders especially "How did you like the class". It puts them on the spot too much.

I couldn't agree more Spook - people (especially new students) aren't comfortable responding when asked a direct question that requires them to offer a judgement or critique someone. Those who do will probably tell you what they think you want to hear.

But as Instructors we benefit from valid feed back. So what or how should we be asking for it?

Circling back to Life Time, they're big on using the Net Promoter Score system:

Know the score.
The Net Promoter Score, or NPS®, is based on the fundamental perspective that every company”™s customers can be divided into three categories: Promoters, Passives, and Detractors.

By asking one simple question – How likely is it that you would recommend [your company] to a friend or colleague? – you can track these groups and get a clear measure of your company”™s performance through your customers”™ eyes. Customers respond on a 0-to-10 point rating scale and are categorized as follows:

Rather than asking the question in person, you may get a more accurate response from handing out cards with this question, at the end of class.

Are you doing anything like this in your studio [wlm_firstname]?