How You Look – What do you see in the mirror? 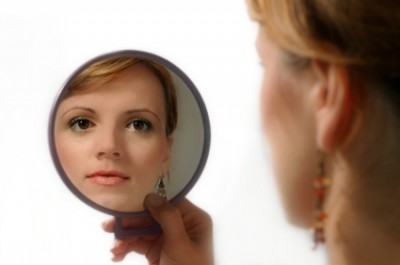 In Tom's previous post he talks about watching yourself on film to identify non-verbal movements / behaviors that if changed, could improve your class.

But what if the whole camera setup and production is too much of a hurdle for you right now... how about this baby step?

Get in front of a mirror and ride...

Most of our studios are full of mirrors, and yet many of us can go weeks or even months without seeing ourselves on the bike. Why not go in to your studio early and practice teaching your class where you can see yourself in a mirror?  I suggest a head-on view and then at an angle like Christine suggested. Go through all your typical motions and movements and then ask yourself:

If you want to appeal to cyclists I suggest that you learn to look like you ride outdoors, even if you don't. Cyclists have an eye for other cyclists that I'm guessing comes from riding thousands of miles behind or alongside other competitive cyclists. Excessive side to side movement of your head, which corresponds with each down-stroke, screams I DON"T KNOW HOW TO PEDAL CORRECTLY. The same can be said for a lot of up and down movement of your body while standing. I see this as the most importantly thing you should work to correct because I see excessive movement as a sign of poor pedal technique that will brand you as a non-cyclist.

Here's an example of what you should look like as demonstrated by the Great Eddy Merckx!

I asked Amy and she had a completely different take on the usage of mirrors:

Many of us teach facing our classes.  As we consider how we look this week, I want to talk about a teaching technique called “mirroring”.  Simply described, mirroring is showing our class what we want them to do in opposite.  For example, if we are coaching a right turn ahead, we would indicate with our left hand, as their right is our left.

Mirroring shows a maturity in teaching and eliminates confusion to our class.  At first, it takes some thought, as it is not natural to indicate a cue in opposite.  I find it most challenging when I’ve got my class in a race situation and we are passing, or even when we are in a pace line and I am coaching them to the front of the line to take their turn pulling.  As I coach them to, “Pull out to the left of the rider in front of them, pull up alongside, give a little wave and take the lead”, this is all done with me physically cueing on the right side of our body.  I get so into it, and feel myself on the road that I have to remember to cue for them, not like it should be on the road!

So, the next time you are in front of your class, try mirroring a few simple moves.  It can even just be a lean right (your left), or left (your right) to start.

I've struggled with this for years - maybe it's a guy thing, but disconnecting my body from my brain is very difficult for me. If you have any coordination I would suggest taking a few Step Classes or some other choreographed class from a good instructor to watch and see how they do this. I've watched in amazement as Amy actually mirrors Step movements, while facing her class.

Another random thought on "How you look."

Riding out of the saddle, with your forearms resting on the bars, (aero-position) has no place in your class. Beyond being completely contraindicated, it has you looking like a dork or worse, like one of the defeated obese people you see wandering around Wal-Mart 🙁 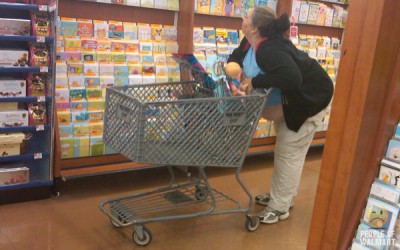 I use this mental image to remind students that our forearms aren't designed to support us.

I had to ignore the Instructor whose class I took this week. He insisted on having us all "Up and Aero" while we climbed. No real Cyclist or Triathlete climbs in an aero position out of the saddle; you're either down low in your aero position or standing with your hands spaced wide on the bars.

Your students are watching you... and I dare say judging you in large part by what they see.

Make sometime this week and consider how you look, because that's what your class is seeing 🙂