Don’t be too quick to “educate” members 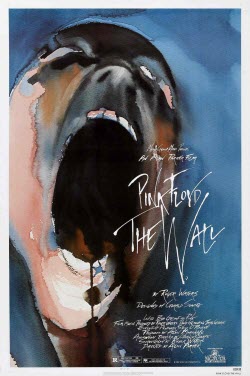 If you haven't yet, I would encourage you to listen to our latest Podcast that features 26 year old Cycling Studio owner Jessica Bashelor. If you're short on time, you really only need to hear the lead in where she describes her vision for her studio.

I knew that I wanted to have a really strong brand, that was based on; work and fun and music. And those are things that I sort of live by myself as a 26 year old.

Something about this interview has been bugging me until this morning. While riding in Amy's class it hit me. Jessica's brand doesn't include anything about education - zero. Just work/fun/music. Oh, and she throws in; taking life a little less seriously 🙂

Aren't studios supposed to be all about; coaching and purpose and threshold heart rate training and power training and weight loss and healthful living and fitness knowledge and, and, and?

Obviously not for Jessica or the rider's (I'd guess she'd never consider calling them "Students") who pack her studio.

My generation wasn't any different.

I was 18 years old in 1979 when Pink Floyd — The Wall dominated the the charts and captivated me and many of my friends. The album's most popular track Another Brick In The Wall, Pt. 2 spoke to me as a teenager; we don't need no education... we don't want no thought control...

I didn't want anyone, telling me anything... I wanted to be heard and understood at 18, and this hasn't changed much now that I'm 52.

The Wall is a story about how we build metaphorical/emotional walls around ourselves. As a young person, or old for that matter, one way we build walls is we learn to tune-out people like our parents/spouses/bosses or teachers, when they talk at us, instead of communicate with us. As the father of two daughters, I know all about how ineffective it can be to try and "educate" them about what I wanted them to know and accept. It almost never worked. Often it had the opposite reaction and it wasn't hard to see them constructing their own wall to shut me out.

Sometimes the walls we create are small.

Have you ever had someone tell you; "I just answered that ten minutes ago" ? Chances are you created your own "wall" and it prevented you from hearing what could be plainly heard by others.

I was in a class last week where the Instructor talked nearly nonstop. While he rattled on about mitochondria and slow twitch muscle fibers, I found myself in my own little world - missing many of his cues. I'd come back to reality and find myself down when everyone was up or surprised when he announced the end of an interval, that I hadn't even realized we were doing. As I watched the rest of the class in the mirror it was obvious I wasn't the only one with a wall around me and my bike  🙁

Here's the second part to this; In your haste to educate, are you completely missing the question?

Here's a great remix of Another Brick In The Wall that you can download for your music library.