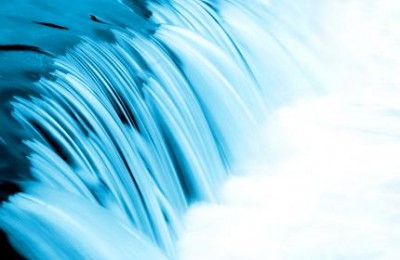 The experience of flow remains one of the least-understood phenomena in training. Yet it”™s one of the richest, most memorable experiences we can help deliver to our students. Creating the circumstances though which students can experience flow in a training session is the topic of this article.

When I mention flow, people sometimes confuse it with being “in the zone”. That often relates to a brain release of beta-endorphin as a result of the activity. It”™s a different phenomenon and not what I mean here. When you”™re able to collapse what you”™re doing down to a single moment and experience total immersion in it, you will feel flow. You”™re completely involved in the ride for its own sake. There”™s no ego, no awareness of time or distance. Every action follows seamlessly from the previous one.

You might be tired or in pain, but those things don”™t distract you. You might not even notice them at times.

Recently, I led a five-hour ride at ICG® Academy in San Francisco. We rode an indoor 100 miles as a fall, base-building ride. The ten 30-minute segments were each built around a different 30-minute “Challenge” video on Myride®+. The plan was not to take any scheduled breaks or rest stops, and to roll from one world destination to the next. To be quick and efficient if anyone needed to get off the bike, but we were going to ride 100 miles. I calculated that, if the riders could average 85 rpm for the 5 hours, they would total 100 miles on their odometers.

I wanted to make this more challenging than an outdoor century.

There were 30-minute segments of pure hill climbing, where we would average 65-70 rpm. We had to compensate on the flat segments by turning fairly high rpm. That doesn”™t sound hard until you understand that we were on belt-drive bikes with little or no momentum from the flywheel. 90+ rpm on a belt-drive bike takes a much bigger hit on your legs. We also had a heart-rate challenge. Early on, I had the participants commit to an average training heart rate that they would not go below.

I wasn”™t making it hard for training purposes. I wanted to take everyone to a place where they could experience flow. This isn”™t always possible in a 45- to 60-minute class.

After four hours, I looked around the room. Not one person was not experiencing flow. How did I know? I asked them if, at that time and for the first time that day, they felt as if they could ride for 10 hours. Everyone smiled and nodded. The discipline and fatigue created a state where they had to go beyond what they normally felt they could do. That”™s when you experience flow: a state of non-reaction to fatigue and discomfort; a feeling of serenity; a loss of self-consciousness; a heightened awareness; a feeling of control over the situation and the outcome.

Once you”™ve experienced true flow, you can feel it any time.

And that”™s when you realize that flow is more than a beta-endorphin rush. You can sense it while walking on a busy street, winding your bike through traffic and stalled cars, in a conversation, in a business negotiation, in the supermarket shopping for food. Flow is working with what”™s happening, as opposed to against it (see my previous post on Timing). On my road bike, I often notice that the farther away from home I go, the greater the feeling of flow. I simply stop thinking about things I have to do.

Psychologist Mihaly Csikszentmihalyi describes the mental state of flow as "being completely involved in an activity for its own sake. The ego falls away. Time flies. Every action, movement, and thought follows inevitably from the previous one, like playing jazz. Your whole being is involved, and you're using your skills to the utmost."

Csikszentmihalyi spent time in an Italian prison camp in World War II. At age 16, he traveled to Switzerland, where he had the opportunity to listen to Carl Jung speak. The experience influenced him. He later explained, "As a child in the war, I'd seen something drastically wrong with how adults — the grown-ups I trusted — organized their thinking. I was trying to find a better system to order my life. Jung seemed to be trying to cope with some of the more positive aspects of human experience."

Csikszentmihalyi's theory of flow has influenced people in a wide range of fields. Former U.S. President Bill Clinton and former British Prime Minister Tony Blair were reportedly influenced by his book Flow: The Psychology of Optimal Experience. Jimmy Johnson, former coach of the Dallas Cowboys, utilized Csikszentmihalyi”™s ideas to prepare for the 1993 Super Bowl. His ideas have also influenced people in business, government, education and the arts.

Flow can occur in such diverse situations because it simply requires full immersion and involvement, energized focus, and enjoyment of the process. Clearly, that can apply to many activities.

Csikszentmihalyi calls flow “focused motivation”, deep focus on nothing but the activity. It works particularly well for cycling, brings consciousness to it, and can be created through the right combination of factors.