In your haste to educate, are you completely missing the question? 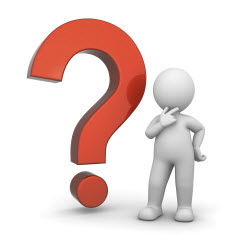 As Instructors, our riders will often asked us questions about: insert topic here.

Where we can get into trouble is by launching into a short/long/epic dissertation on the subject, often without fully understanding the whole question.

My first sales job out of school was selling motorcycles. For someone like me, who at 22 couldn't be around them enough, it was the perfect job. Being the new guy, I asked a bunch of questions to the other salespeople (there wasn't any real training) and I was told to study up on all the different models. That year Honda had 52 different bikes - we had decks of playing cards with a different model on each card. I was very familiar with many of the models - I had put myself through school working as a motorcycle mechanic, so I felt like I could answer just about any question anyone would ask. I was ready to hit the sales floor and show everyone I was a born salesman.

Sir, you're looking at the most powerful motorcycle in its category. I told him proudly. Then (I'm sure I was trying to impress him with all my product knowledge) I launched into what had to be a 10 minute explanation of the 0-100 mph times, rev limits, performance tires, how it will smoke any other bike on a race track, etc... The man stood and listened politely until I came up for air. He then thanked me and walked out the door.

I saw the man later in the week. He was taking delivery of his new motorcycle - a much less powerful model than I had shown him. After he drove out I grabbed the other salesman and asked what had happened. I showed him a new Interceptor, what's he doing with that low powered bike? You idiot, you completely missed his question! Was his response. We're lucky he came back here at all... he bought that bike for his 17 year old son. He didn't want anything with too much power. Lesson learned.

Have you ever been in a situation like that? You're considering making a major purchase (or need personal advise) and were at first a bit nervous, anxious or guarded? So the question you asked was an abbreviated version, one that didn't exactly communicate your specific question?

What would you want to hear next?

Let me see if I understand your question...

Each of the The Seven Habits of Highly Effective People can be applied to our fitness profession. Habit 5: Seek First to Understand, Then to be Understood rings the loudest for me.

Use empathic listening to be genuinely influenced by a person, which compels them to reciprocate the listening and take an open mind to being influenced by you. This creates an atmosphere of caring, and positive problem solving.

It doesn't matter if you're selling motorcycles, toasters or advising members about fitness, people want to feel like they've been heard & understood before communicating openly. The simple act of reflecting a question back conveys empathy and will go a long way to build trust.

Imagine if I had reflected back the question in the opening example; Are you looking for a very powerful motorcycle? My potential customer would have instantly responded; NO! This is for my 17 year old son. Then we would have been communicating and I could have made the sale.

Who knows. Maybe some day you'll be asked a question where you resist the temptation to educating and instead reflect back to them in the form of a question. Can you see how you might gain their trust and gather a better understanding of what's being asked? Wouldn't you be surprised to hear the unguarded response; I'm really hoping this class will build up my skinny chicken legs 🙂

Let me know if this helps.