"For all intents and purposes, your body works exactly like the engine in the car that brought you to the studio today." I like to use that line, especially when I sense I have a bunch of gear heads in the class. First to get their attention by saying something profound and secondly, because it's (grant me a little leeway here) technically true; your body powers a bicycle exactly like an internal combustion engine powers a car.

Now at the risk of one of my daughters admonishing me with "Dad, your class doesn't want another science lesson", let me explain;[wlm_private 'PRO-Platinum|PRO-Monthly|PRO-Gratis|PRO-Seasonal|Platinum-trial|Monthly-trial|PRO-Military|30-Days-of-PRO|90 Day PRO|Stages-Instructor|Schwinn-Instructor|Instructor-Bonus|28 Day Challenge']

What brought this to mind was last night in my class I had a number of students who rode most of the class looking straight down, instead of the "Head up - Look at your self in the mirror and smile :)" posture we all want. But why do we want it?

I remember listening to the commentators during the China Olympics talking about how you could tell who was strong and who wasn't on the big climbs by how each rider held their head.

Head up = Strong ... Head dropped = weak. But beyond the body language, why is head position indicative of performance?

And then I thought of this:

Modern engine designers understand that best power and efficiency is dependent on moving the maximum amount of air into and out of the engine. For that to occur the path the air takes, as it flows into the engine, needs to be as straight as possible. 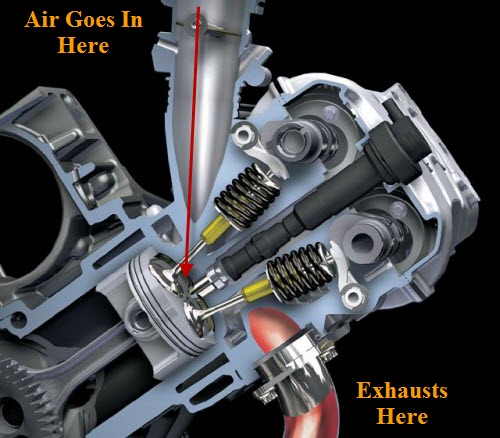 Here is a diagram of the Intake Track in an older, much less efficient engine, circa; 1940 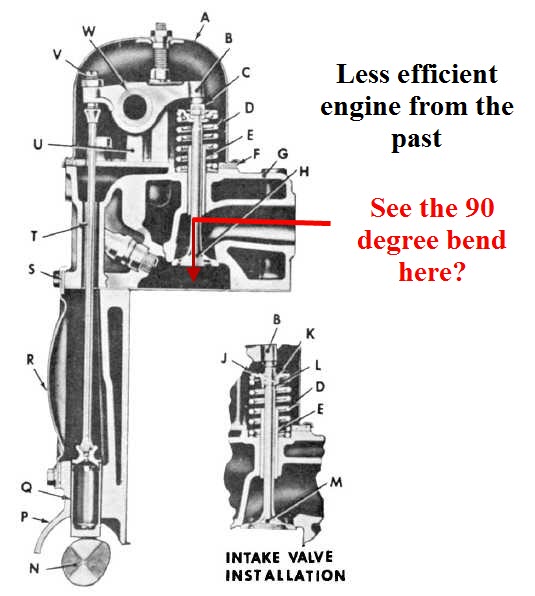 Now compare that to the Intake Track of one of your students. 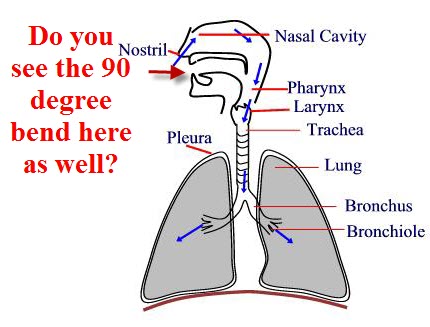 Here is a cyclist demonstrating good form with "Head Up - Eyes Forward" posture. Notice how the Intake Track becomes straighter?

Stayed tuned for You're an engine... act like it. Part 2: Are you a Ferrari or a Peterbilt?