Demystifying power for the runners in your classes 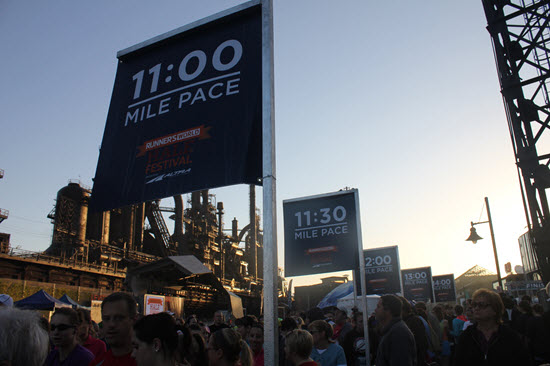 John, I'm still confused by this power stuff... where should I be riding? How many watts should I be seeing on my monitor, because I'm no where close to my body weight?

I get questions similar to this frequently from members. My answers has evolved over time:

But now I'm learning that throwing out watts = body weight (lean or actual) isn't as helpful as I intended. Sure for some it works. Those who are reasonably fit looking (read not overweight) and with a good fitness base. For others I've found I was asking them to work too hard, using a kind of formula that wasn't personalized for each individual. Which sounds is a lot like using the 220 - age for MAX HR 🙁

Now my preference is to conduct a short "Best Effort", about a quarter of the way through class, to give everyone an understanding of a number they can work from. Not a true FTP or PTP, but it's been reasonably well accepted... but not by everyone.

Case in point: last Thursday after class I had the "how many watts should I be making?" discussion with a female member. She's a fit 50 year old and I would guess (I never ask) she weighs about 130lbs.

So I asked her what she normally sees during the "Best Effort" interval. "I average about 80 watts." Which confused me... a lot actually. I would have guessed she could easily make more than 80 watts. I was stuck for an answer. Rather than guess at the reason, I started asking questions:

I didn't need to say anything more. The look on her face told me she understood exactly where her confusion was coming from. Her perception of working hard was at her Marathon level of intensity = 80 watts was exactly right, figuring an aerobic level of effort. I had been making the assumption that when I asked for hard, everyone would work at the level I perceive as "hard" - which for her was different.

She ended the conversation with; so when you ask us for our "Best Effort", I should be working at my 5k level of effort?

Exactly, or maybe a 5k where you're chasing one of your faster friends 🙂