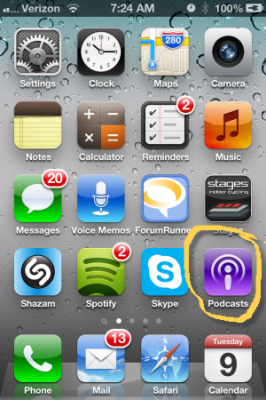 There's maybe a new App on your iPhone when you update to OS 6.0

Wasn't I just saying; if it wasn't for Podcasts, I would rarely (if ever) use iTunes?

This new Podcast App changes how ICI/PRO members will subscribe to the premium RSS feed (Super Secret iTunes Feed) that allows you to download Member's Only Audio PROfiles and PRO/Podcasts.

For ICI/PRO members who were already subscribing – no worries. Your settings will automatically move everything to the new Podcast App.

Any ICI/PRO members wanting to use their iPhone to download and listen to our Member's only content please visit this page for simple instructions to adding your premium feed to the new Podcast App.

Some of you may have noticed the new Podcast App – it installed automatically for me – but not everyone I've talked to – when you upgraded to OS 6.0. You do upgrade your iPhone or Android device when prompted, don't you? Sounds like another Best Practices.

I'm seeing the new Podcast App as a big improvement, actually the whole OS 6.0 update as a big improvement, because now many common tasks can be done wirelessly. In other words; YOU ARE NO LONGER A SLAVE TO CONNECTING YOUR iPHONE TO A COMPUTER WITH THE CORD! Which of course is one of the benefits to Spotify – everything is done using a wireless connection 🙂

If you turn on the free iCloud storage and enable the iCloud Backup there may not be any reason to connect your iPhone to your computer at all. 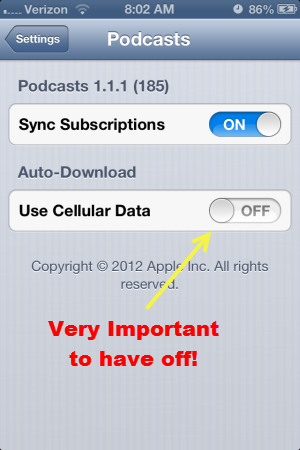 Open the Podcast App and select a Podcast. Clicking the arrow as shown takes you to the setting screen… 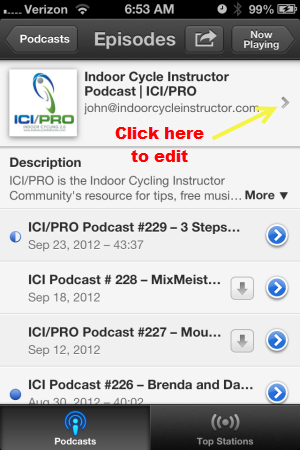 … can set the subscription to update and download new episodes whenever you have wireless service.

Let me know your questions. 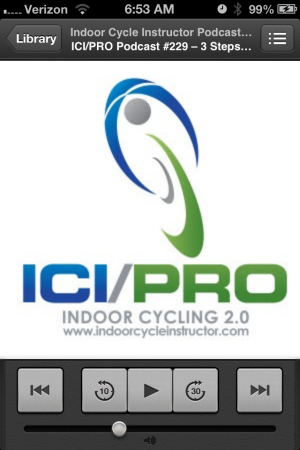 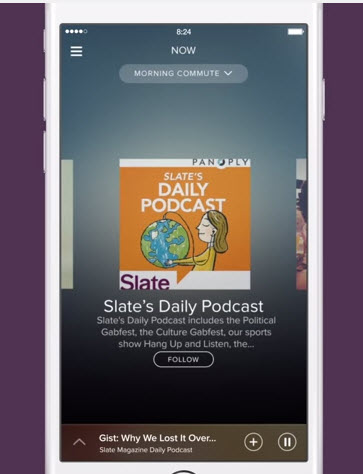 Spotify had a big announcement yesterday > sounds like they're going directly after iTunes with a confidence that really surprises me. After all, we're talking about Apple here – the company with the largest market value of any company on earth. Kind of like my four pound Yorkie Maxx attacking our neighbor's German Shepherd!

Streaming music service Spotify has announced new features including adding podcasts and video; music that adapts to the listenerâ€™s running pace; and the promise of smarter abilities to serve the right playlists for the time of day, activity and habits of the user.

The companyâ€™s launch event in New York on Wednesday, helmed by its chief executive Daniel Ek, offered some deeper clues about how Spotify is evolving, and the key challenges it faces as it aims to grow beyond its current 60 million active users, of whom 15 million pay for the service.

Spotify is biting back at Apple
Recent months have seen a wave of stories about Appleâ€™s supposed backroom machinations with music labels, encouraging them to clamp down on Spotifyâ€™s free, unlimited streaming service — which in turn would boost the prospects for Appleâ€™s upcoming relaunch of its Beats Music. Read the rest here.

How do I get the ICI/PRO podcast on Spotify?

With many of us spending more and more time on Spotify, and away from iTunes, being able to cue up one of our latest episodes on Spotify would be awesome. So while I await my update signal from Spotify's server, I thought I would look into how I submit the Indoor Cycle Instructor Podcast to the new podcast offering from Spotify.

Here's what I found. With iTunes, Stitcher or any other Podcast service, publishers like ICI/PRO submit a link to the show RSS feed – here's mine http://feeds.feedburner.com/IndoorCycleFreePodcast – and this feed tells iTunes what episodes are available and when there's a new one, ready to be downloaded. It appears that Spotify is using the Panoply podcast network as the source for their on demand audio content.

So stay tuned. I'll make an announcement ASAP.  Oh, for the last few of you who haven't yet, Spotify has an intro offer to upgrade to premium: $0.99 for three months.

If you're a frustrated iPad/iPhone user, tired of seeing this notice, help is on the way!

September 2013 Update: This is now fixed… but you may have already discovered that 🙂

… but Safari doesn't support Flash… so now what? 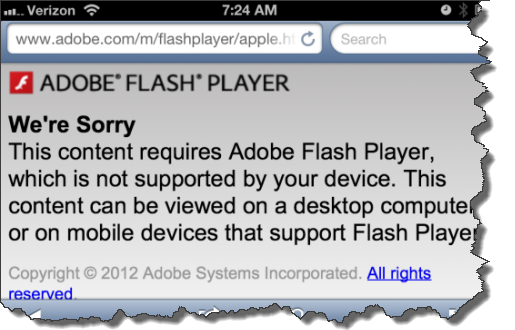 Word is that you can thank the late Steve Jobs for why you can't listen to the Podcast, using the embedded player on page, with an Apple portable device. Right or wrong,  Jobs decided not to include support for what's called Flash in the Safari internet browser that was included with your iPad/iPhone.

Without getting super technical, up until recently most media content (audio & video) worked using software called Flash. Those little YouTube videos on the right of this article are Flash players. But like everything else, things improve and change. The latest and greatest new media player uses HTML5. It's thought that HTML5 will replace Flash at some point, but there's a modern day BETA vs. VHS debate going on that involves multiple players who don't have history of playing nice with each other; Apple, Google and Microsoft.

Understanding that VHS won the day over BETA due to mass-market acceptance,  Jobs choose to force the issue by removing Flash support from software that runs your Apple portable devise – but kept Flash enabled on Apple computers. That's why you can still listen using the Podcast player, when you're using your Mac Laptop.

Potential solutions for you.

I've been steadily growing more and more frustrated with Apple. It seems they are getting a little too big for their britches – like the Microsoft of old. The new iTunes is a joke (it doesn't even size itself properly to fit my computer screen = I can't see the scroll bar) and don't get me started on Apple's pathetic maps app – dump it and install the Google Maps app so you're not completely lost tomorrow.

I have a few iPad owners trying Puffin and will report in with their experiences ASAP. 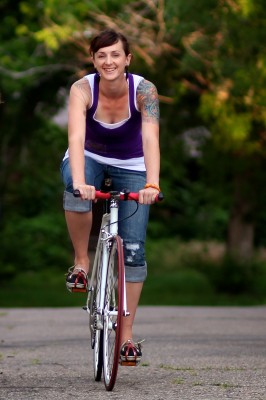 Breath Denver is the Indoor Cycling studio that hosted the Stage 5 Cycling Instructor certification that Jennifer and I participated in this past weekend. I'm fascinated by people who follow their passion, take a (big) risk and start an Indoor Cycling studio. Breathe Denver owner Sarah TV (Tobitha Vay) Russell is just such a person and she lives the cycling / studio owner lifestyle. Sarah has a very compelling story and we had a chance to sit down and discuss the all the hurdles she overcame before opening her studio.

You can learn more about Breathe Denver at Sarah's web site here. 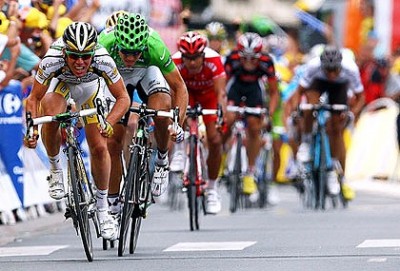 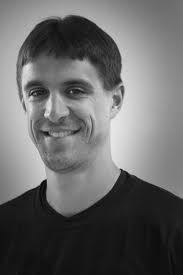 ICI/PRO Member and Personal Trainer Doug Rusho joins Jennifer and me to discuss “Analyzing Indoor Cycling Techniques from a
Personal Trainerâ€™s Perspective” As Doug describes it “There is no wrong in fitness, just risk and reward.”

This is part one.  ICI/PRO Members will find part two, ICI/PRO Podcast #99, in their Super Secret iTunes feed.

Here's part two of It Isn't Staying Green from ... END_OF_DOCUMENT_TOKEN_TO_BE_REPLACED