Did an overemphasis on “contraindications” > give rise to SoulCycle?

No stunt is too dangerous for extreme motocross competitions.

What caused the SoulCycle phenomenon? Why are their riders so passionate, loyal and willing to spend $34 dollars a class, when clubs and studios had been offering Indoor Cycling classes for 10 or more years - long before SoulCycle's launch in 2007? The research done (and reported here) by future studio owner Callie Bowling finds Cycling Studios that are offering class formats similar SoulCycle's appear to be doing well, but studio startups following traditional / cycling specific formats are struggling. Sadly many have already closed. Why?

One plausible explanation is that for a long time now, Indoor Cycling has been too focused on the negatives, "don't do this [contraindicated] ... and don't do that [contraindicated]" while at the same time asserting rules and restrictions on the sport, [if you don't do it outside...].  Now I get that the intent here has been to try and ensure our rider's safety, but could all of these rules/limitations/contraindications be causing unintended consequences?

So let me throw out a possible theory for you to consider. NOTE: my intent here at ICI/PRO is never to tell you what to think... you're too smart for that. Rather, my hope is that you thoughtfully consider what's written and come to your own conclusions.

Is it possible that people are turning to SoulCycle classes, for reasons similar to the rise in popularity of Extreme Sports?

Growing up in the late 60's and 70's there were no "Extreme Sports" - although I should probably be dead based on how much danger I was exposed to daily. That is, I enjoyed a lot of freedom as a kid - if you're of a similar age, I'll bet this was the same for you. We spent summer days in the suburbs pretty much unsupervised. Neither my mom, summer sitter, or my neighborhood friend's moms, knew where we were most of the day. We did pretty much whatever we wanted and created our own play. We got everyone together for pickup games of all types daily. Yes we got in trouble on occasion. Yes we got hurt a few times, doing dumb things like falling out of trees we shouldn't have climbed, crashing our mini-bikes without wearing a helmet, etc. We survived. Sure we had youth sports (little league baseball and football) but there was very little parental involvement. I rode my bike to practices/games and, with the exception of my grandmother who seemed to attend every game, my parents were rarely involved in my play while I was growing up.

Everything was different for my two daughters and kids across America, growing up in the 1990's. Amy and I parented like every other parent our age. We knew where our kids were pretty much every minute of the day. "Play time" was often initiated, structured and supervised by us. Why? Because we wanted to ensure our kids safety, based on concerns that I now see were really overblown.

Organised youth sports (soccer and later softball) started at age 5. Games and practices were religiously attended by both parents. I coached both my girls until they were teenagers. As a youth sports coach, I had first hand knowledge (very intense phone calls and on-field conversations) of how incredibly involved and controlling some parents were in their daughters lives.

Thankfully, Amy and I recognised the negative impact our actions were/or could have on our girls and we backed way off. For many who didn't, all of that parental supervision and control didn't end well. Multiple friends of my daughters quit sports completely, having been burnt out by excessive amounts of structured practice. These kids just wanted to play and have fun. But their parents never gave them the chance.

What should have been enjoyable, playtime activities with friends, became joyless, purposeful, objective driven work. And a lot of kids grew to hated it.

The problem isn't limited to moms and dads. Schools, for a multitude of reasons*, have imposed restrictions and limitations on "play time" during recess to the point where it's hard to believe you actually could have fun. Don't believe me? Try teaching your five year old to follow all these playground rules I found for an elementary school in California. After reading through the very detailed list of playground rules, I'm thinking I would give up and just instruct my child to sit quietly on his hands 🙁 Here's how the list of rules begins:

Swings:
* Students sit on swings facing the field area
* Students can swing to a count of 50
(1 swing consists of a forward and backward motion)
* Students wait behind the green pole to take turns on the swing
* Students should never be allowed to jump over the swing seats, twist swings, or
stand on swings
* Students must swing independently. No pushing from a friend!

It no secrete that youth have a tendency to rebel against authority. Sociologists have figured out that many young adults are acting out their rebellion at the parental and societal intrusion on their play, by participating in Extreme Sports. Now, instead of climbing trees, doing an oly-under while pushing your friend on a swing and occasionally sneaking out at night as kids, we have people jumping off buildings and doing flips with motocross bikes 🙂

I did some research and I found a book that you can read at this link; The Sociology of Sports: An Introduction. The author makes a compelling argument > Extreme Sports are in fact a response to the excessive structure imposed on children's play.

Excerpt from The Sociology of Sports: An Introduction - page 53

Many sports have become so rule-oriented that people have sought alternatives to "traditional" sports.

So, are people flocking to SoulCycle because it's the alternative to rule intensive Indoor Cycling programs? I believe in part they are. After taking a few SoulCycle classes last fall, I wrote a series of reviews that you can find here, here and here > opens in new tabs. I came away thinking that part of the appeal of SoulCycle is that the class is very challenging physically - and I don't mean just cardiovascularly...

Is there purpose to all of these extraneous movements?

Critics of SoulCycle (and similar) classes point to how non-cycling specific movements; jumps, push ups/rhythm presses, “tap-backs”, figure eights, etc… have no proven training value and/or diminish the potential training value of riding an Indoor Cycle… like an Outdoor Cyclist would. For those reasons, along with perceptions the some of these movements may be potentially dangerous, we”™re told we should not include these movements in our classes as they”™re “Contraindicated”.

Based on what I saw at SoulCycle (and other similar classes I”™ve taken) my feeling is that critics are completely missing the point. IMO these movements are a critical part to the appeal of these classes. It is a thing of beauty, watching a room full of people exactly on the beat and rising and falling in unison. I”™ve heard this described as “tribal” behaviour, similar to fans doing the ‘wave”™ at a sporting event. It”™s a very powerful way to connect a group of people together. And at the same time, these jumps are very challenging to perform correctly — which I feel is another reason for the success of SoulCycle that I explained in this post.

In case you're wondering, what started my thought process here was a provocative post from CB Cycle Barn's Owner Karen Casler. She made a statement, by way of the below image, in this post at the Indoor Cycling Instructors Facebook group. You might be interested in reading the 100+ comments, including mine near the end where this theory first popped into my head. 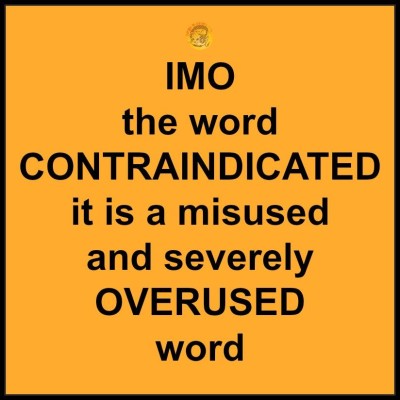 Are you an independent thinker when it comes to conducting a fun, effective, entertaining and motivating Indoor Cycling class? If so please consider joining us here as an ICI/PRO member where everyone is welcome — no matter where, our how, you choose to teach!

*Yes, I agree that there are a lot of legal liability issues that drive institutional decisions. It's just that I've talked to too many school administrators, who's personal interest in "protecting the children" seemed more important than whether or not the kids will actually have any fun.